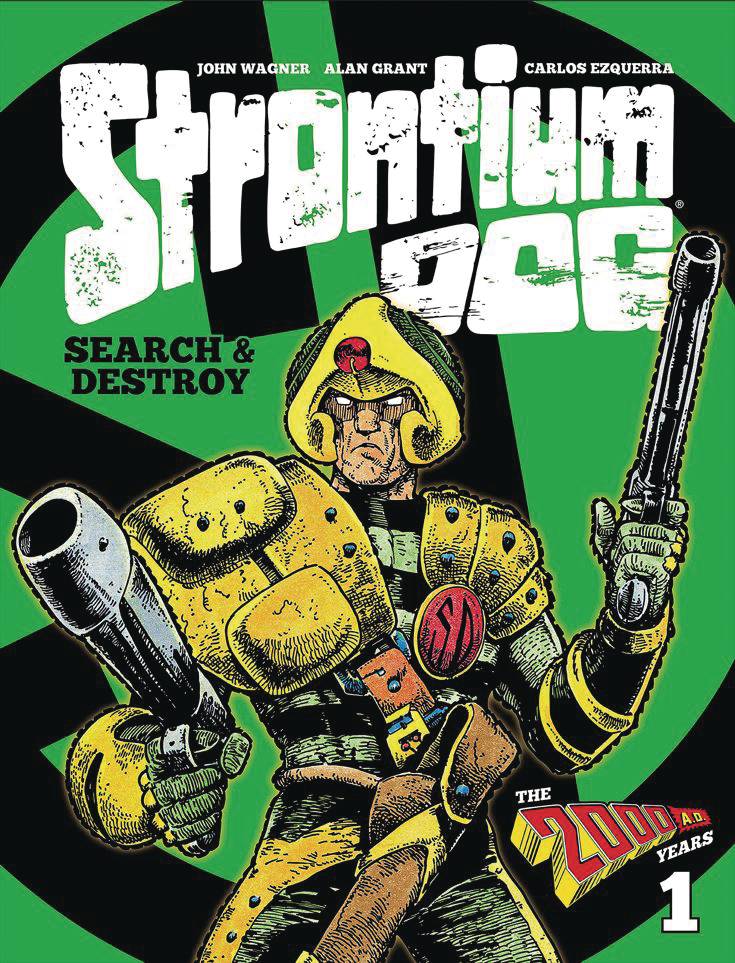 #
DEC221611
(W) John Wagner, Alan Grant (A/CA) Carlos Ezquerra
Strontium Dog Search and Destroy 2 - The 2000 AD Years collects the earliest SD strips to appear in 2000 AD after the sci-fi comic it originally appeared in, Starlord, was merged with the "galaxy's greatest comic!" Co-created by John Wagner and Carlos Ezquerra, the team behind Judge Dredd, this collection includes the beautifully-coloured spreads that appeared in the original 2000 AD run and includes the classic Strontium Dog story, The Schicklgruber Grab, in which mutant bounty hunter, Johnny Alpha and his partner travel to the past to capture Adolf Hitler!