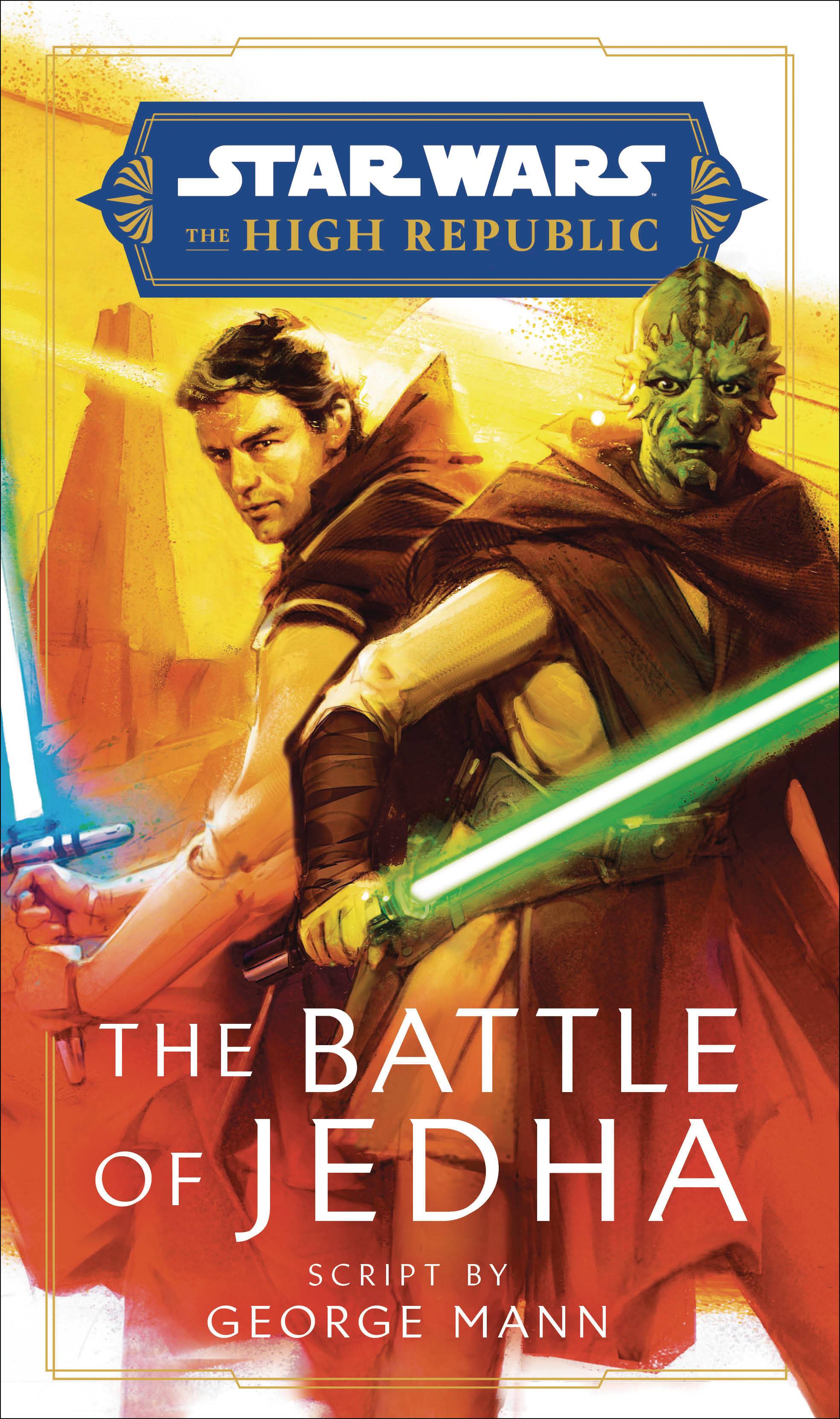 #
DEC221606
(W) George Mann
A scriptbook of the audiobook original. Jedha. The worn streets of this ancient world serve as a confluence for the galaxy. Visited by all, yet owned by none. Here, the Jedi are but one creed among many worshipping and studying the Force. From the Guardians of the Whills to the Path of the Open Hand, countless beings come to learn, and to share, in peace. As all of Jedha prepares for its Festival of Balance, the galaxy still reels from the violence on Eiram and E'ronoh. But after foiling a plot to escalate the war between the two planets, the Jedi believe that a lasting peace may be within reach. But not all are happy with the Jedi's involvement or ready to concern themselves with peace. When violence breaks out on the sacred moon, the war that was meant to end on Jedha may soon engulf the entire world.
In Shops: Feb 15, 2023
SRP: $27.99
ORDER WISH LIST