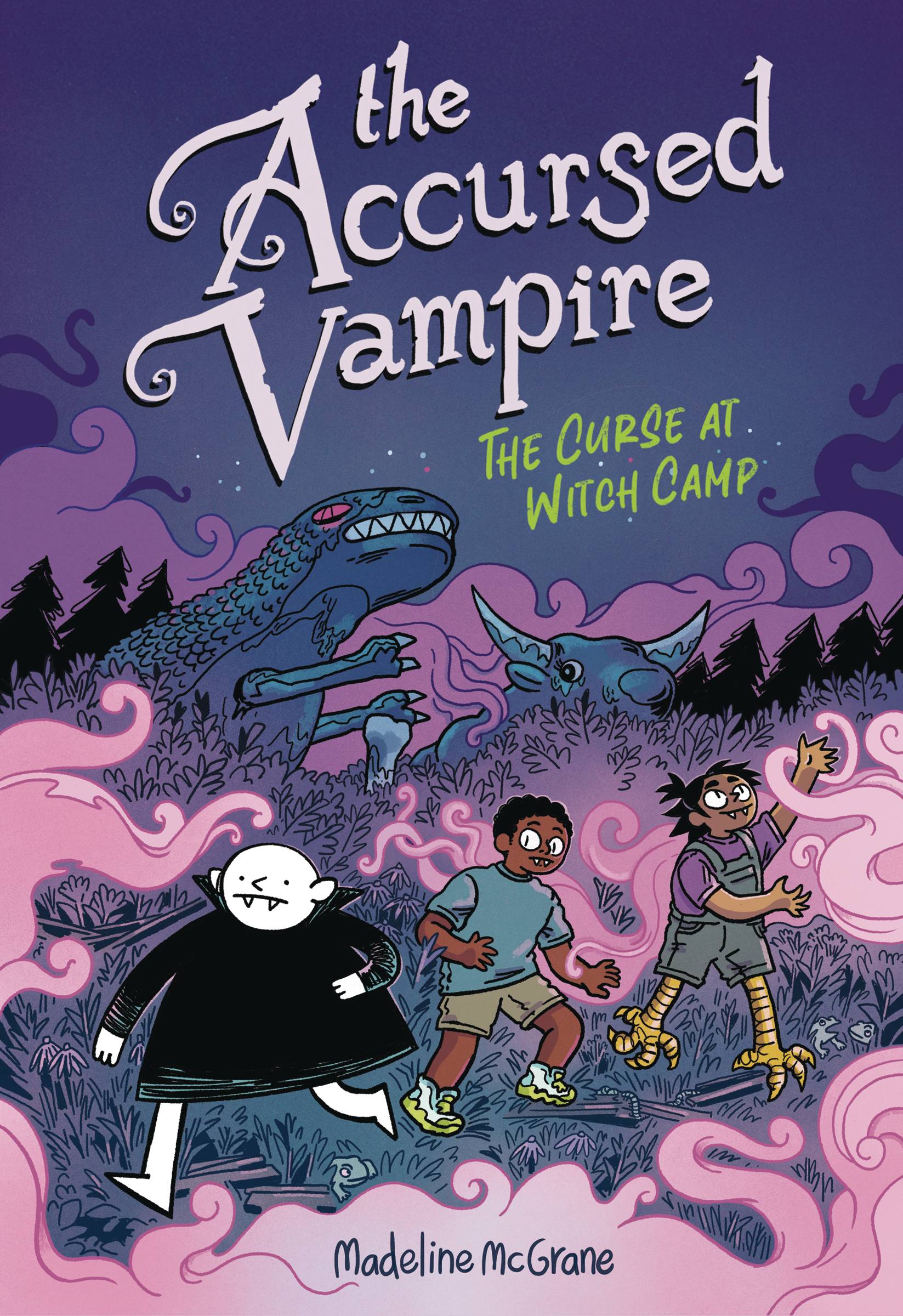 #
DEC221601
(W) Madeline McGrane (A) Madeline McGrane
In the sequel to middle grade graphic novel The Accursed Vampire, Drago and their vampire buds head to Witch Camp for a summer of spells and magic...but what they find is far more sinister!

It's summertime in Baneberry Falls and Drago has just found out that they will be heading to Witch Camp to learn about spells, magic, and other things they really don't have any use for. As long as their vampire besties Eztli and Quintus are there with them, they can at least be miserable together.

At camp, however, Eztli and Quintus end up hitting it off with the human campers, who are mean to Drago. Feeling alienated and alone, Drago decides to ditch camp altogether. Off grounds, they stumble onto an abandoned miniature golf course that's housing a supernatural entity with sinister intentions of overtaking Witch Camp. Drago may not like camp or the kids who go there, but if this evil force has its way, there won't be a camp or campers left to hate.

Digging deep into the depths of their soulless soul, Drago must summon the courage to face the supernatural forces threatening to overtake the camp. But without their friends by their side, can they do it?
In Shops: Feb 22, 2023
SRP: $22.99
View All Items In This Series
ORDER SUBSCRIBE WISH LIST