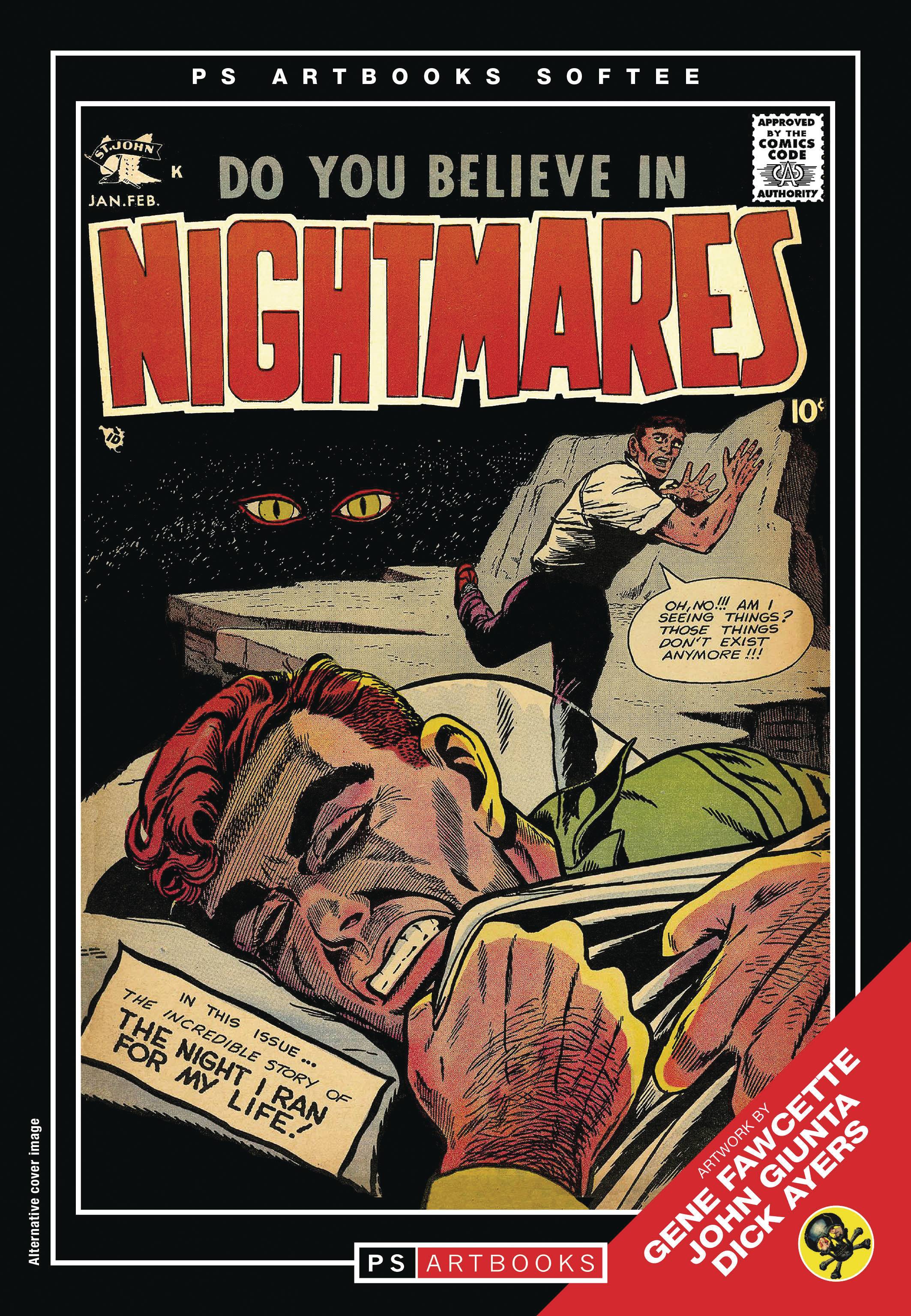 #
DEC221589
(A) Steve Ditko, Wallace Wood, Dick Ayers, Jerry Grandenetti
We've unearthed some more little horrors for our latest volume of Classic Horror Comics! Starting with Do You Believe in Nightmares, originally these stories were produced for Charlton editor Al Fago, who when he left reportedly sold them to St. John. And with the likes of the "Nightmare" served up for us by the great Steve Ditko, where a man attempts to avoid the fate that his wife has dreamed for him, it's a good job he did! And in the 1958 series of Eerie we have everything from "Up Pops The Devil!" with Mister Lucifer, no less, to "The Mirror of Cagliostro" featuring the Italian adventurer and self-styled magician with a passion for various occult arts! Collects Do You Believe in Nightmares #1-2 (November 1957-January 1958), Eerie #1, #8-9 (1958).
In Shops: May 31, 2023
SRP: $32.99
View All Items In This Series
ORDER SUBSCRIBE WISH LIST