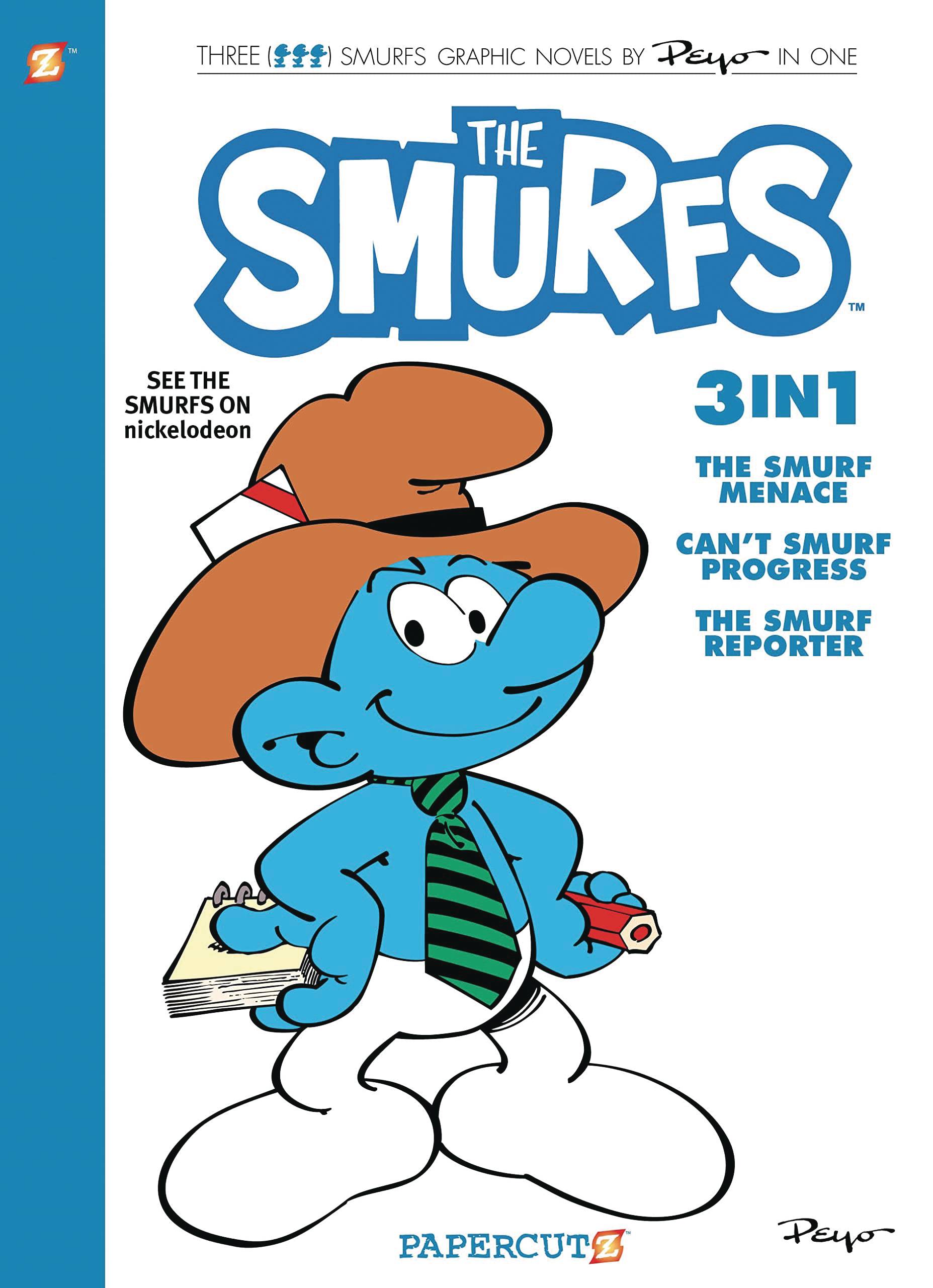 #
DEC221515
(W) Peyo (A) Peyo
Collecting timeless smurftastic comics classics by Peyo that inspired hit movies and animated series. First, the Smurfs contend with their evil doppelgangers, the violent Grey Smurfs. Can the good smurfs we know and love overcome "The Smurf Menace"? Then, the marvels of technology overtake the Smurf Village as Handy Smurf's inventions go overboard! Despite all the efforts otherwise, it looks like the Smurfs "Can't Smurf Progress." Finally, read all about it as "The Smurf Reporter" runs amok, airing all the Smurfs' dirty laundry and stirring up chaos and drama in the Smurfs Village.
In Shops: Feb 22, 2023
SRP: $14.99
View All Items In This Series
ORDER SUBSCRIBE WISH LIST