LAST ON HIS FEET JACK JOHNSON & BATTLE OF CENTURY HC 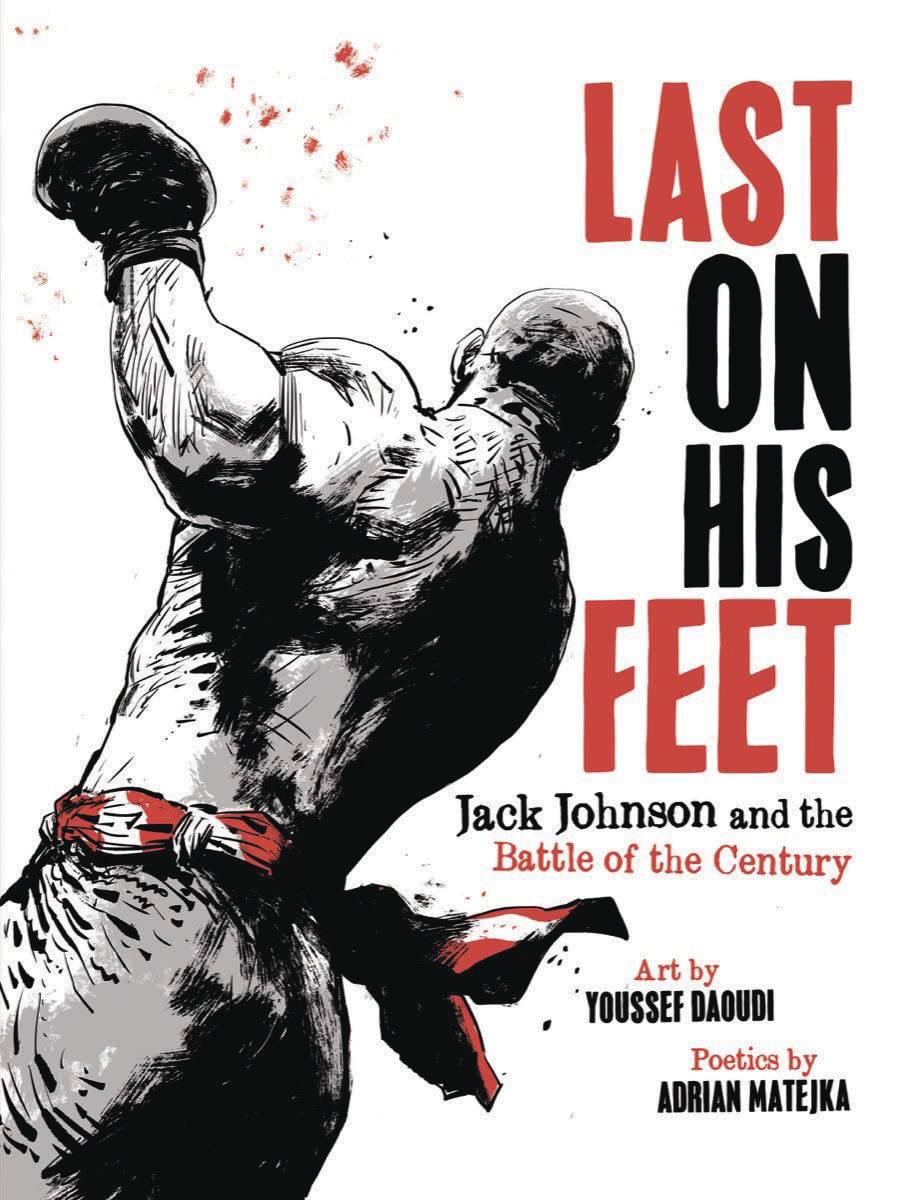 #
DEC221497
(W) Adrian Matejka (A) Youssef Daoudi
On the morning of July 4, 1910, thousands of boxing fans stormed a newly built stadium in Reno, Nevada, to witness an epic showdown. Jack Johnson, the world's first Black heavyweight champion-and most infamous athlete in the world because of his race-was paired against Jim Jeffries, a former heavyweight champion then heralded as the "great white hope." It was the height of the Jim Crow era, and spectators were eager for Jeffries to restore the racial hierarchy that Johnson had pummeled with his quick fists. Through a combination of breathtaking illustrations and striking verse, Last on His Feet honors a contentious civil rights figure who has for more than a century been denied his proper due.
In Shops: Feb 22, 2023
SRP: $29.99
ORDER WISH LIST