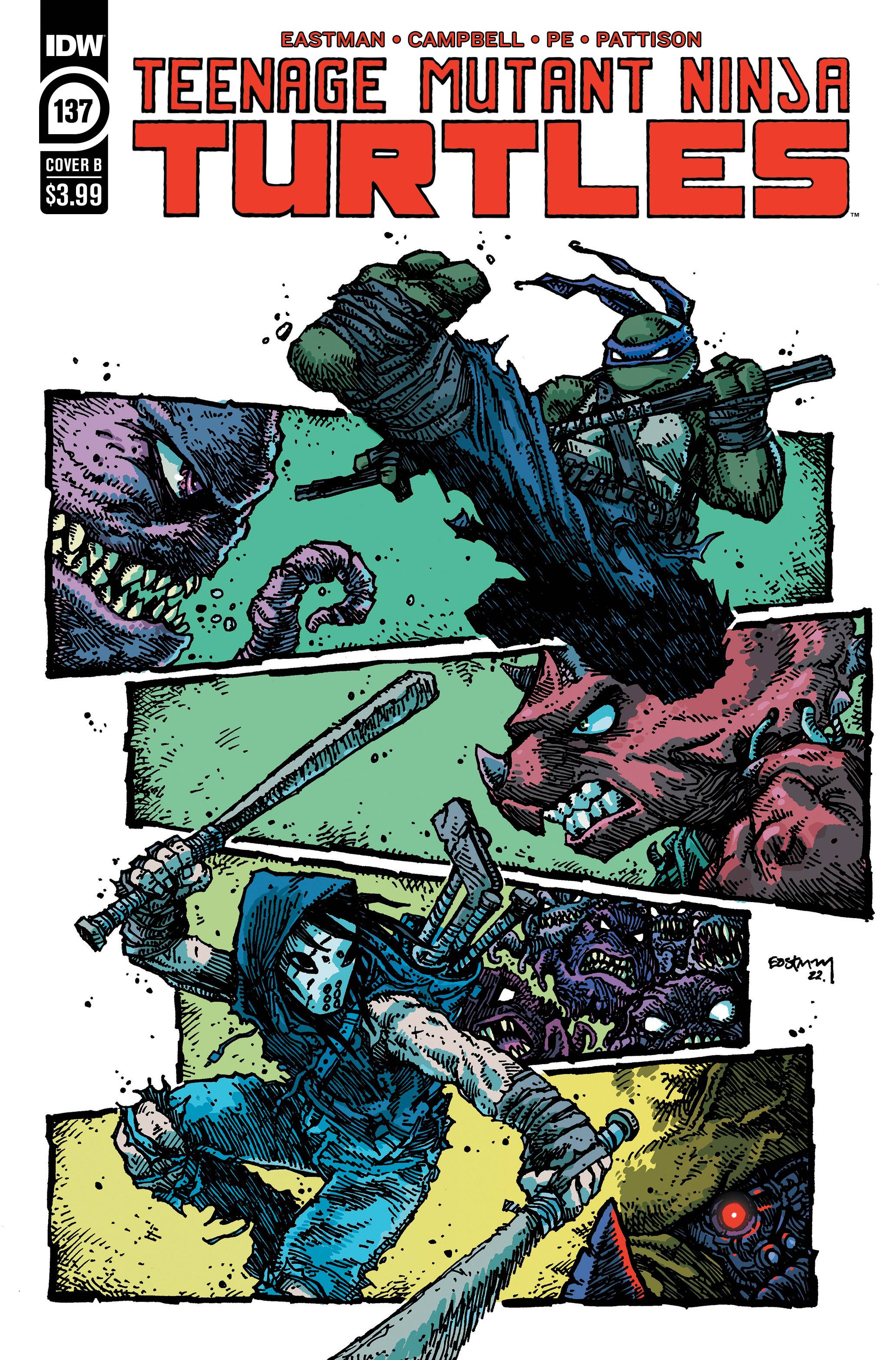 #
DEC221435
(W) Sophie Campbell (A) Fero Pe (CA) Kevin Eastman, Sophie Campbell
Official Armageddon Game tie-in! Donnie's willing to do anything to defend his new friend Triceraton Regenta Seri from Ch'rell's Utrom assassins, but some lines are not meant to be crossed. Now, the crisis in Mutant Town has escalated beyond anything Donnie could have ever imagined and Ch'rell is taking matters into his own hands. Amid the riots, Jennika helps April, Lola, and Mona formulate a plan to expose the truth about the mysterious Turtles posing as the TMNT. All the while, the Rat King and his allies revel in the glorious chaos they've created.
In Shops: Feb 15, 2023
SRP: $3.99
View All Items In This Series
ORDER SUBSCRIBE WISH LIST