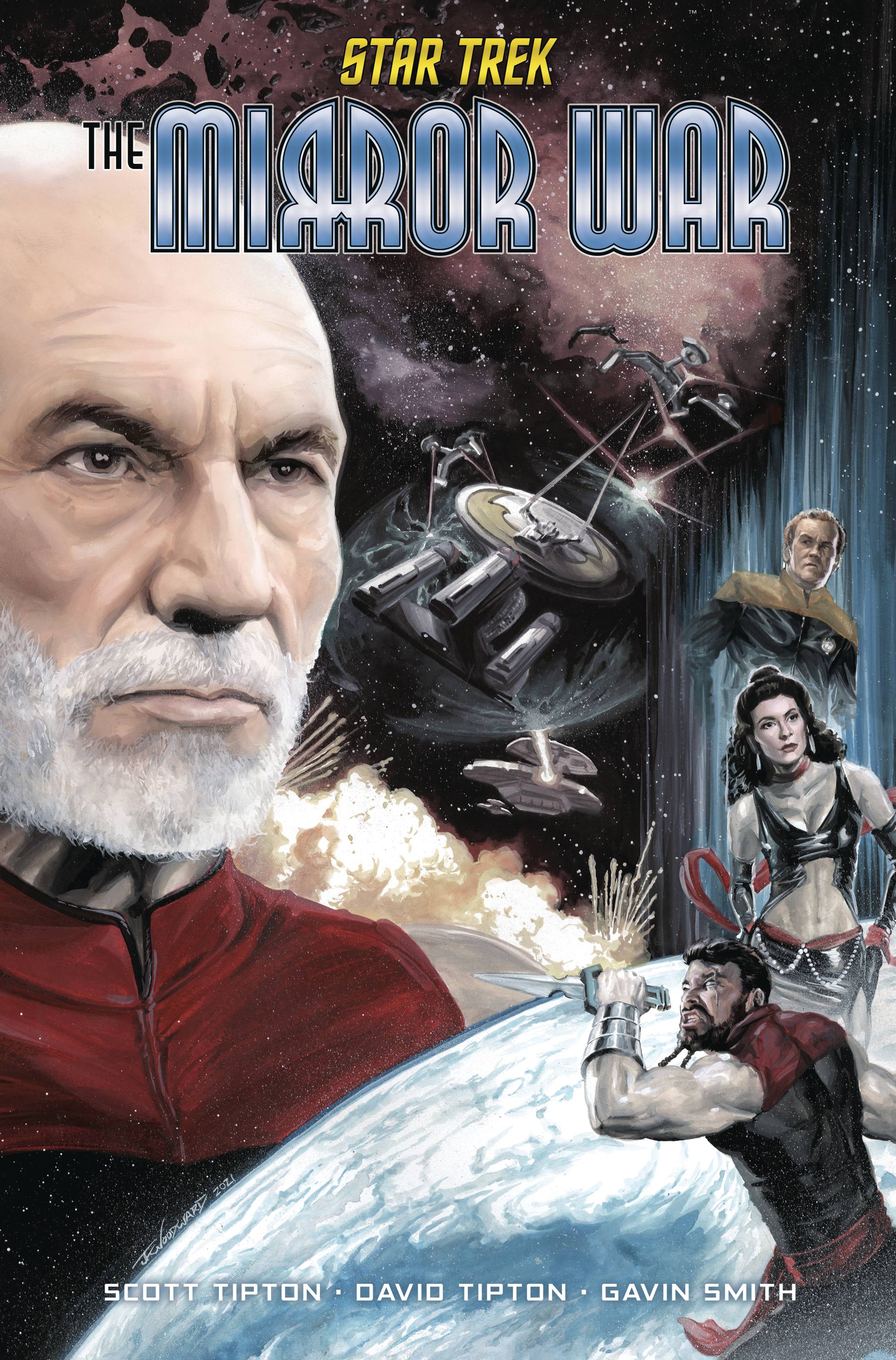 #
DEC221426
(W) Scott Tipton, David Tipton (A) Gavin Smith
Return to the Mirror Universe of The Next Generation with Captain Jean-Luc Picard and the crew of the ISS Enterprise-D as they plot to reestablish their dominance. As the Klingon-Cardassian Alliance rules, having overrun the Empire, destroying its fleet, and driving it back to Earth, rumors and propaganda spread throughout the Alpha Quadrant the news of the Empire's final demise. Those rumors are, however, untrue. A handful of Imperial ships remain, intent on protecting Earth and what's left of the Empire. And commanding the newest and most powerful of those ships is a man equally intent on seeing it rise again-Captain Jean-Luc Picard. Collects issues #1-8 of Star Trek: The Mirror War.
In Shops: Apr 12, 2023
SRP: $24.99
ORDER WISH LIST