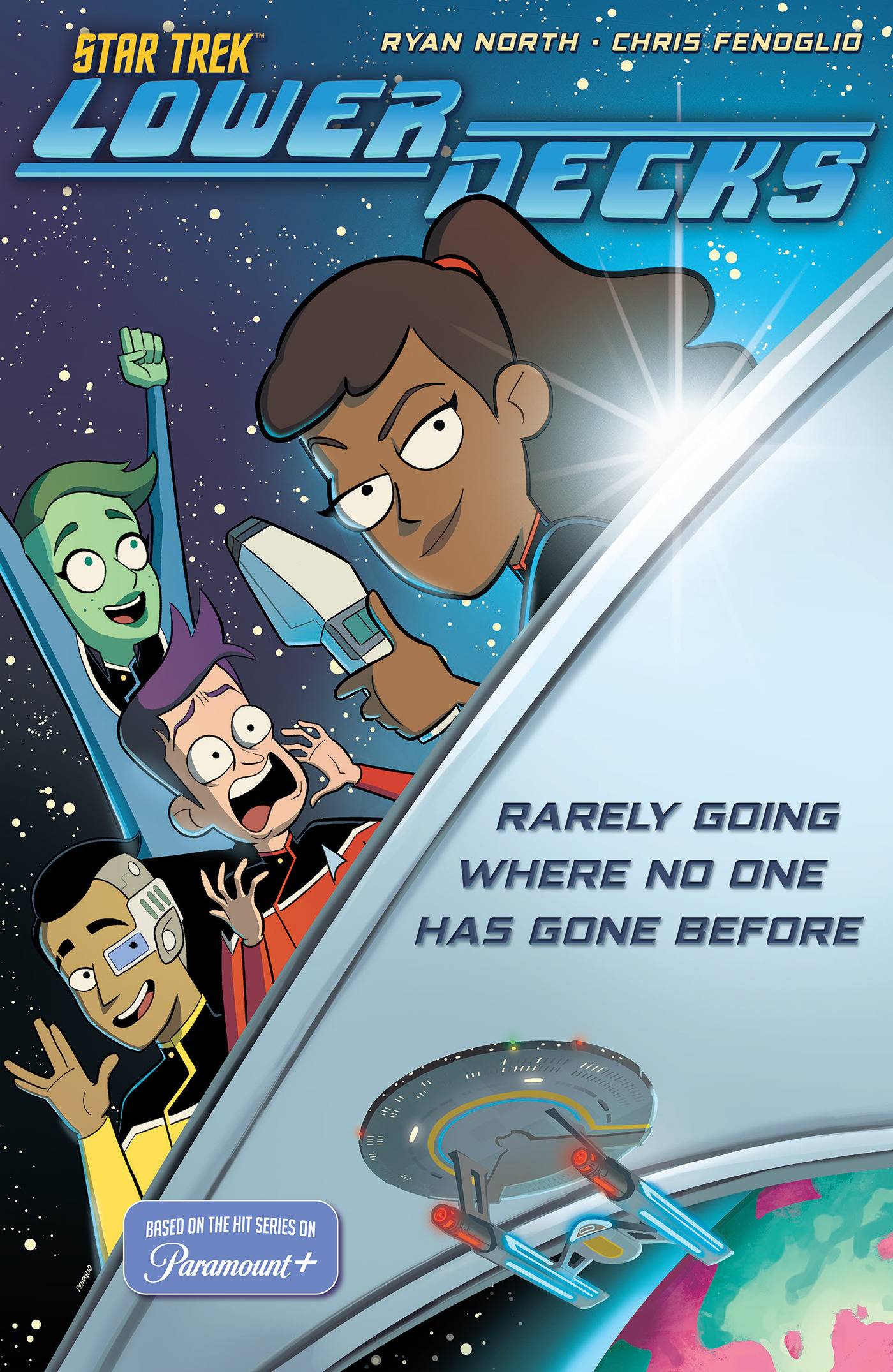 #
DEC221425
(W) Ryan North (A/CA) Chris Fenoglio
Ensign, report to the bridge! Board the U.S.S. Cerritos for a mission to the enigmatic Qvanti system as the hit Paramount+ animated series comes to comics! Captain Carol Freeman leads her crew on an expedition aimed to build bridges and advance Federation technology, but she and the away team quickly suspect that the planet and its people are not all what they seem... Meanwhile, the crew in the lower decks take to the holodeck for some much-needed recreational time-until a bloodthirsty visitor decides to join in on their games. Can Boimler, Mariner, Tendi, and Rutherford save the ship from the likes of Dracula?
In Shops: May 03, 2023
SRP: $19.99
ORDER WISH LIST