MARRY ME A LITTLE GN (MR) 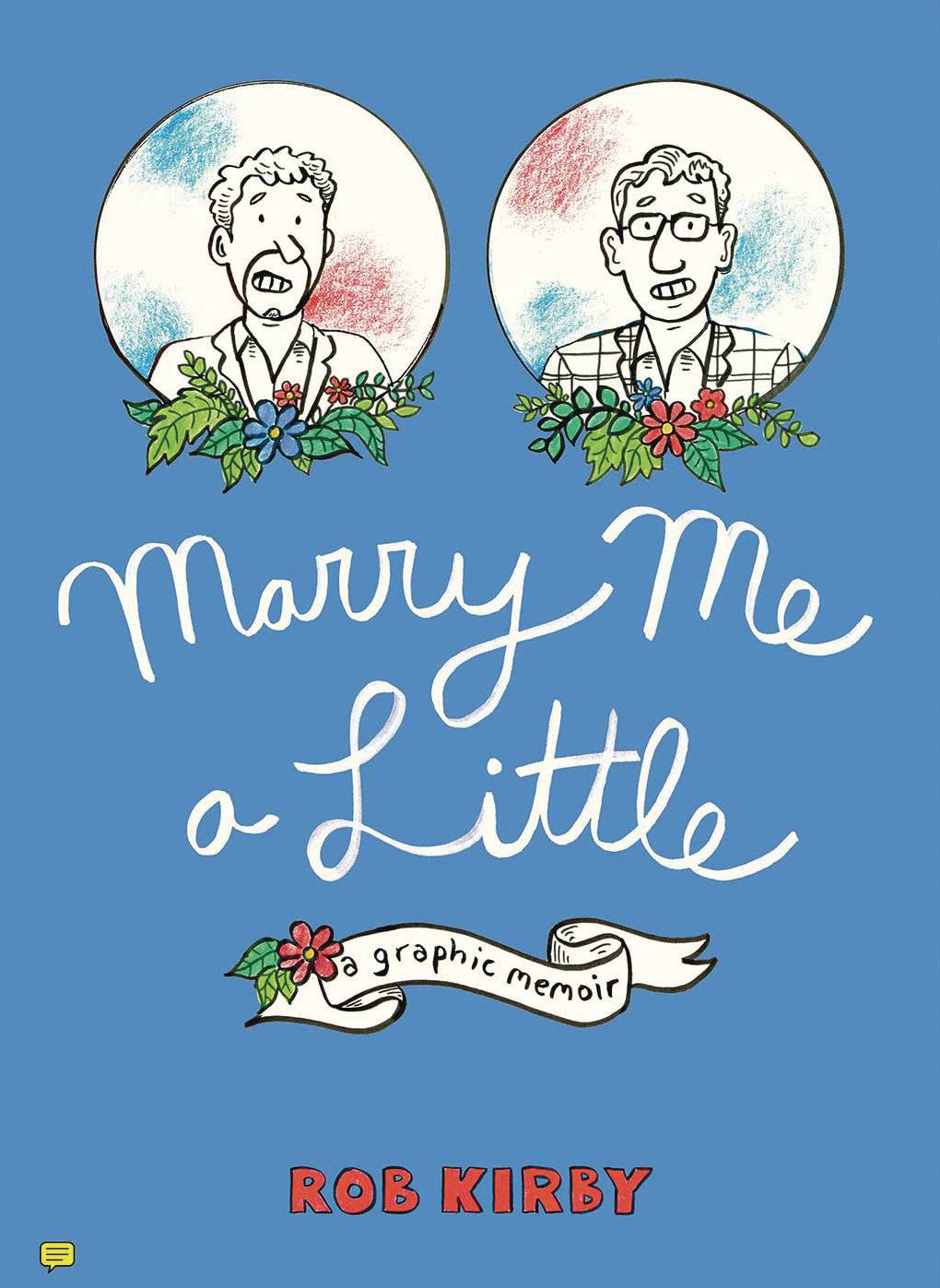 #
DEC221370
(W) Robert Kirby (A) Robert Kirby
Marriage doesn't define a relationship. Unless you want it to. In Marry Me a Little, Rob Kirby recounts his experience of marrying his longtime partner, John, just after gay marriage was legalized in Minnesota in 2013, and two years before the Supreme Court decision in Obergefell v. Hodges made gay marriage the law of the land. This is a personal story-about Rob's ambivalence (if not antipathy) toward the institution of marriage, his loving relationship with John, and the life that they share together-set against the historical and political backdrop of shifting attitudes toward gay rights and the institution of marriage. With humor and candor, Rob relates how he and John navigated this changing landscape, how they planned and celebrated their wedding, and how they and others in the gay community are now facing the very real possibility of setbacks to marriage equality.
In Shops: Feb 08, 2023
SRP: $21.95
ORDER WISH LIST