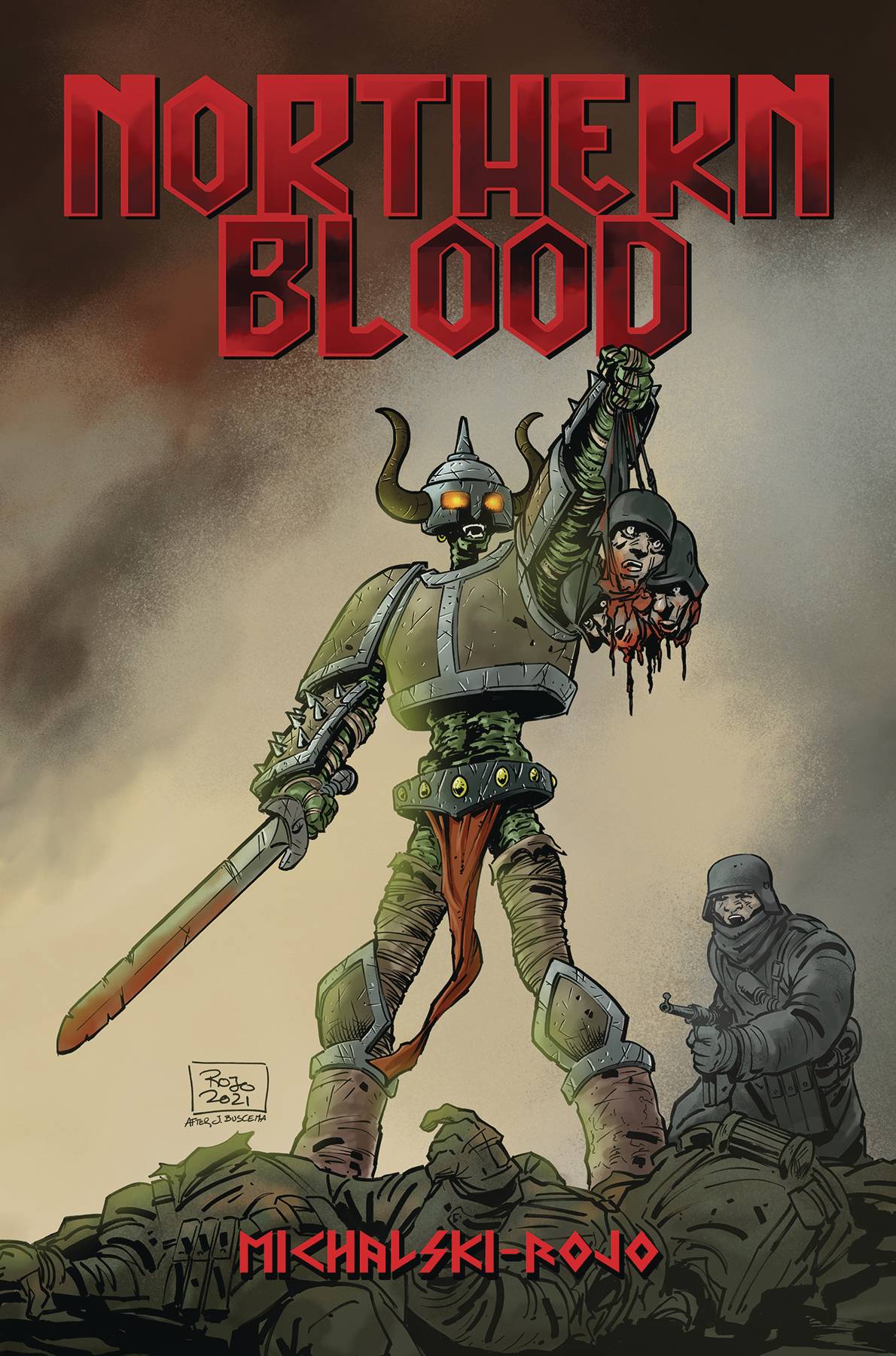 #
DEC221192
(W) Jason G. Michalski (A/CA) Antonio Rojo
Ragnarök for the Reich begins! As the sinister Nazi Der Kapitän begins to ship the stolen Viking treasure to Berlin, Ivar and his army of the dead begin their assault on the German compound! Meanwhile, Frank makes a new ally in Estrid while being held captive deep within a German bunker! The action heats up as the body count rises!
In Shops: Feb 22, 2023
SRP: $3.99
View All Items In This Series
ORDER SUBSCRIBE WISH LIST