UNDER THE BANNER OF KING DEATH GN 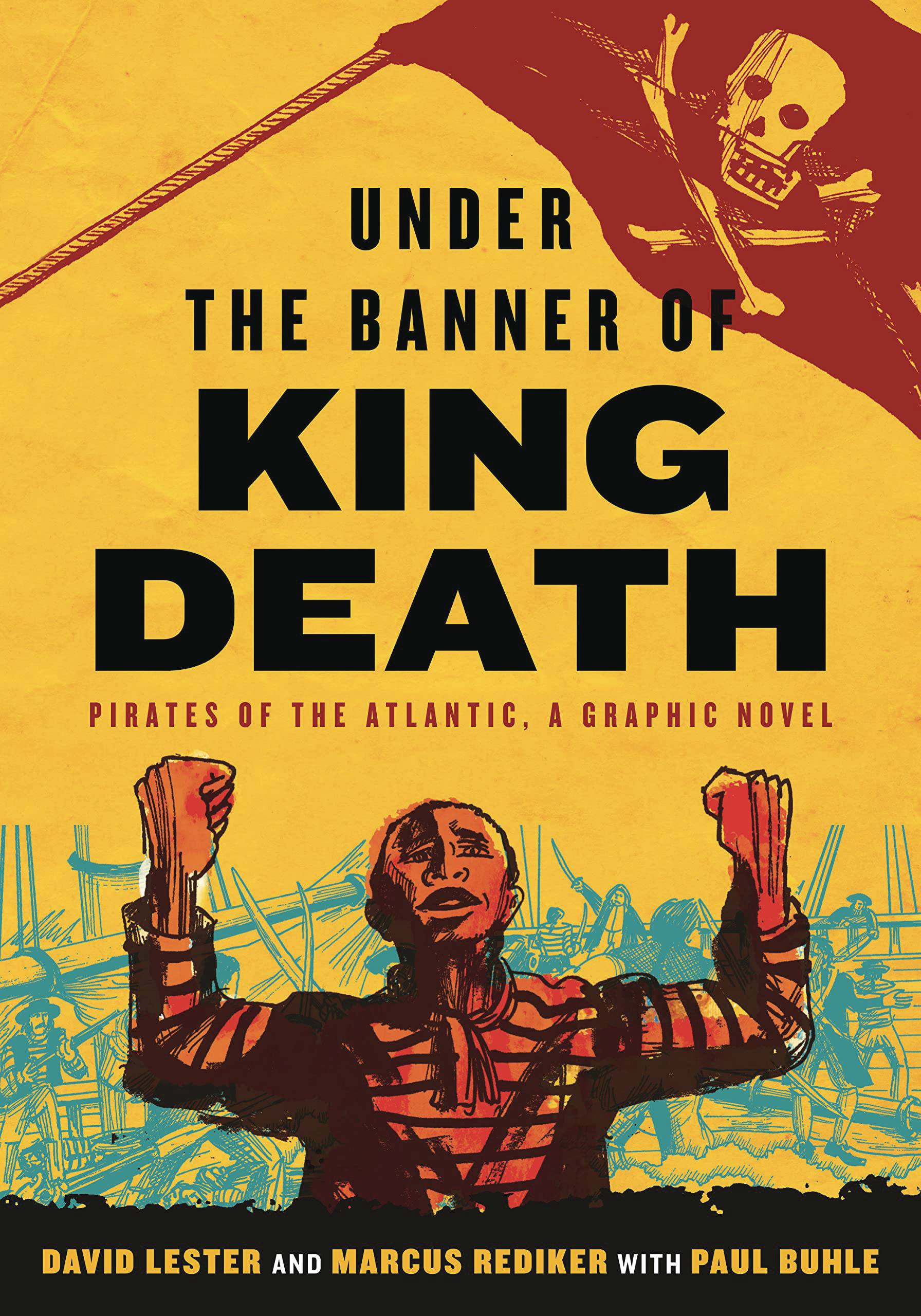 #
DEC221178
(W) Marcus Rediker (A) David Lester
Set at the pinnacle of the "Golden Age" of Atlantic piracy, this novel follows three unlikely companions, who are sold into servitude on a merchant ship and unwittingly thrust into a voyage of rebellion. They are John Gwin, an African American fugitive from bondage in South Carolina; Ruben Dekker, a common seaman from Amsterdam; and Mark/Mary Reed, an American woman who defies stereotypes by dressing as a man. Mutiny ensues against the tyrannical Captain Skinner, who is thrown overboard to make way for democracy aboard The Night Rambler. The crew's new order provides radical social benefits, all based on real, documented practices of contemporary pirate ships: democratic decision-making, a social security net, health and disability insurance, and equal distribution of spoils taken from prize ships. Adapted from the scholarship and research of historian Marcus Rediker, Under the Banner of King Death will inspire readers with its tale of those on the bottom fighting back and achieving, against all odds, a democratic and egalitarian social order, if only for a short time.
In Shops: Feb 08, 2023
SRP: $17.95
ORDER WISH LIST