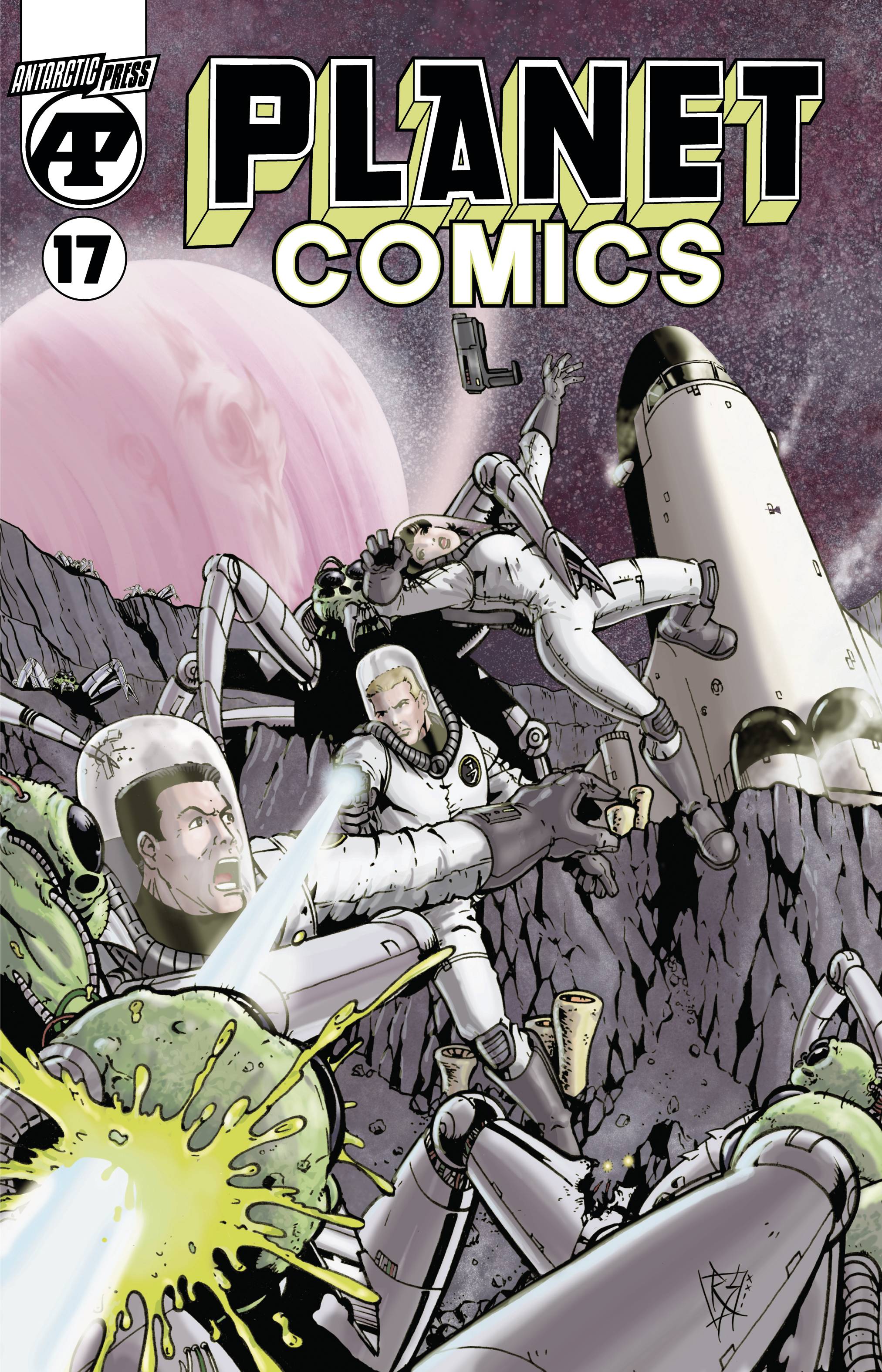 "Scorched Mars" (Scott O. Brown, Horatio Lalia): Indentured on Mars, archaeologist Roland Allegro leverages an ancient cache of alien data to escape the Red Planet. Instead of finding a way home, he finds himself marked for death, hunted by the Martian government. Taking refuge with a nomadic clan of "Dusters," Roland must convince them to help, or die in the sands of Mars.  "Bug Eye: Pretty" (Rich Stahnke): On a planet ravaged by natural disaster, a diminutive alien scavenging for valuables encounters a real beauty--a shapely female Alliance Science Officer.  Will he be able to obtain the treasure that has caught his eye?
In Shops: Mar 29, 2023
SRP: $4.99
View All Items In This Series
ORDER SUBSCRIBE WISH LIST