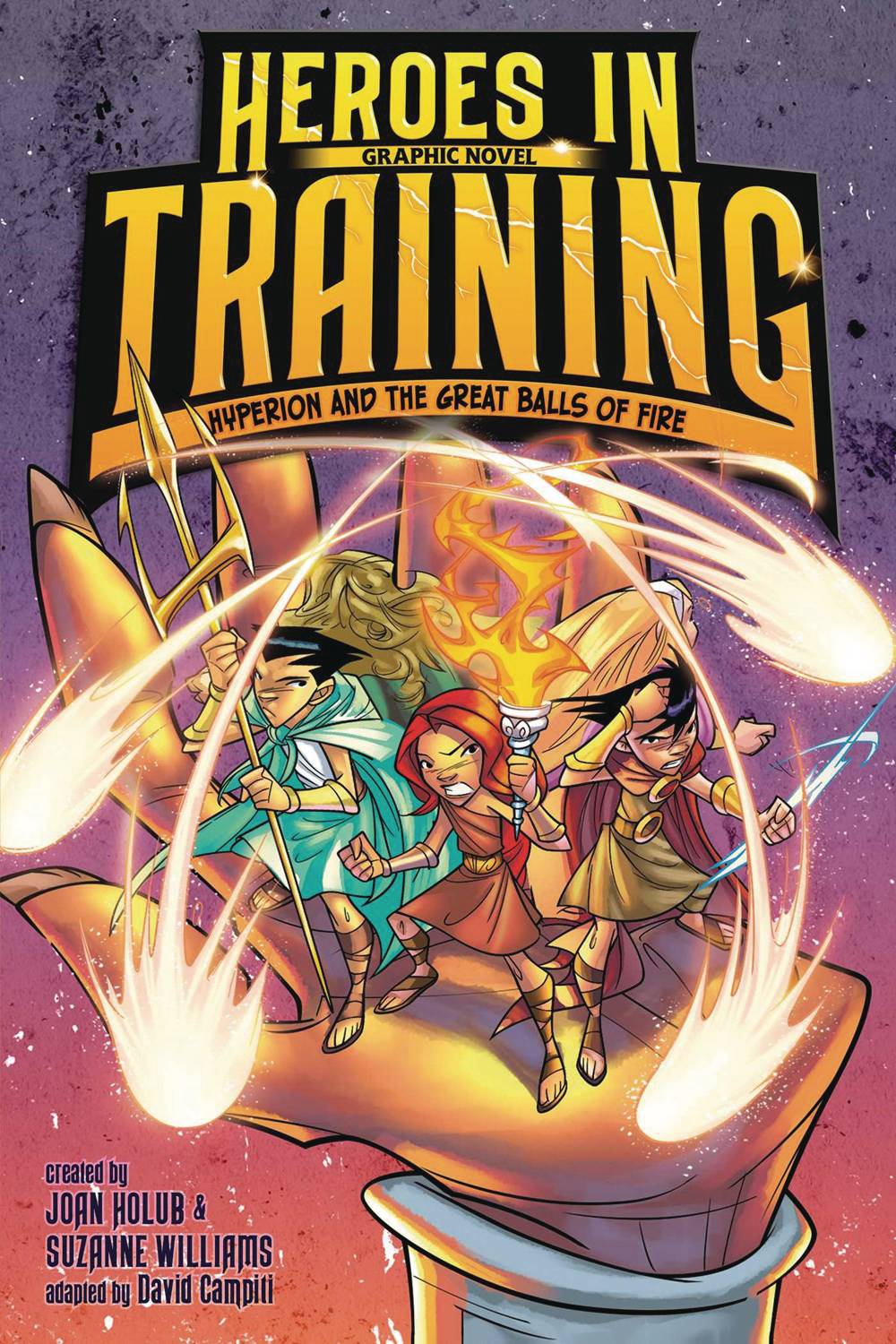 #
DEC221038
(W) Joan Holub, Suzanne Williams (A) Glass House Graphics
Hyperion the Titan heats things up in this fourth graphic novel adapted from the popular Heroes in Training series.
Phew, it's hot! Under the Titan Hyperion's rule, the sun is burning even brighter than normal, and scorching everything in northern Greece-including the villagers! The Olympians are forced to play an un-fun game of Dodge the Sunbursts as Hyperion hurls giant fireballs that could fry them up!
What's worse, it looks like a familiar foe, Cronus, is hot on Zeus, Poseidon, and Hades's trail. Armed with some clues, they set out to figure out why Hyperion has been making things so hot-and to rescue Hera, who is still missing. Battling the extreme heat and some fantastical and scary creatures sent by Cronus, the boys are off on another epic adventure, and Zeus is one step closer to discovering his destiny.
In Shops: Mar 01, 2023
SRP: $19.99
View All Items In This Series
ORDER SUBSCRIBE WISH LIST