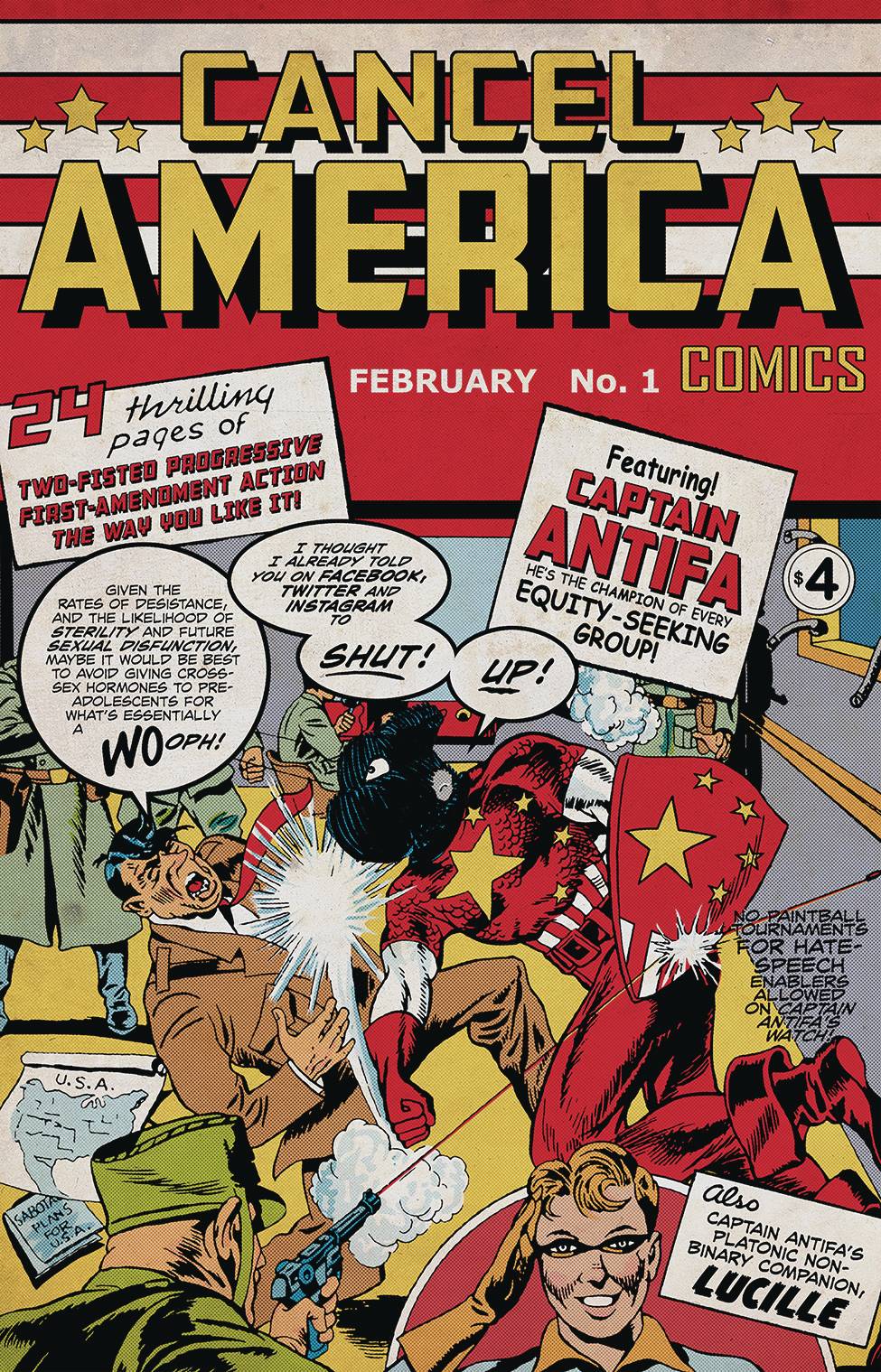 #
DEC221017
(W) Dave Sim (A/CA) Joe Simon, Jack Kirby, David Birdsong, Dave Sim
Introducing Captain Antifa, the champion of every Equity-Seeking Group! Striking a blow on behalf of the Extreme! Hard! Left! with an Extreme! Hard! Right! He believes in Free Speech so much (how much?) so much that he's willing to knock out anyone who disagrees with him! He may not agree with what you say, but he'll defend to the death his right to stop you from saying it! Also! Meet Captain Antifa's Platonic Non-Binary Companion, Lucille, dropping truth bombs on every page! Get with the program... or else!
In Shops: Feb 22, 2023
SRP: $4.00
ORDER WISH LIST