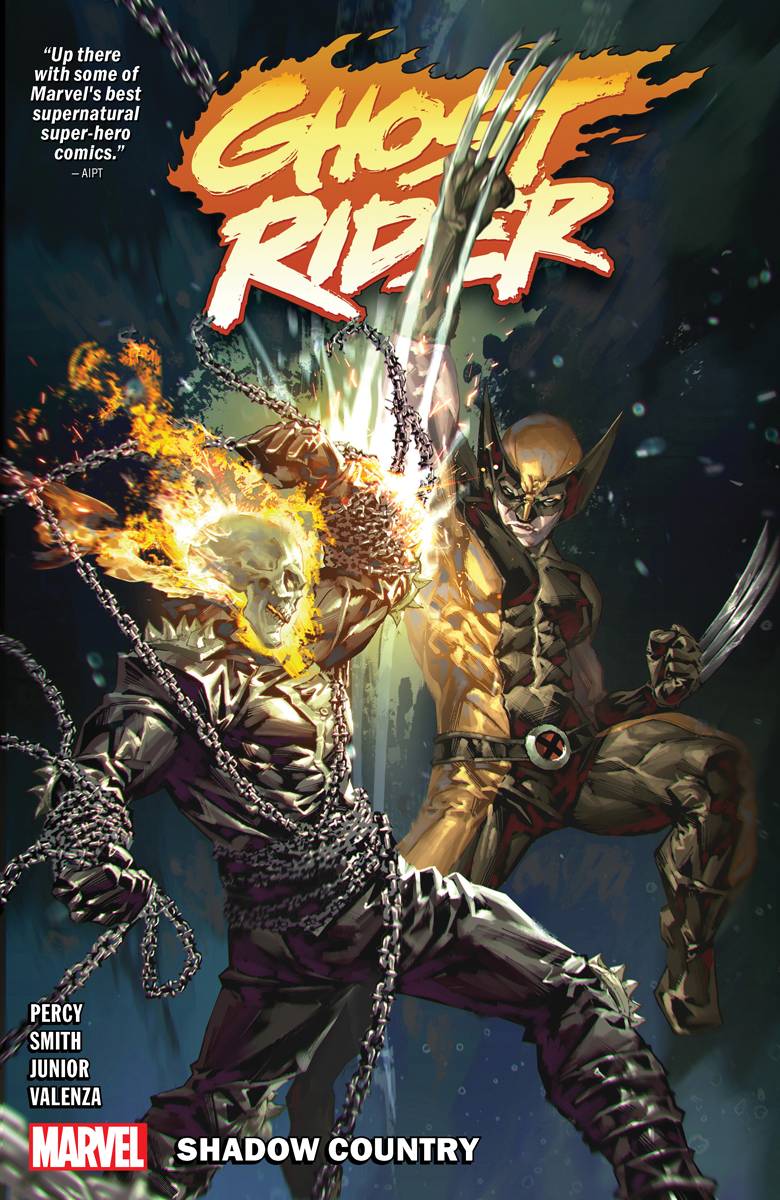 #
DEC220920
(W) Ben Percy (A) Brent Peeples, Smith, Cory, Juan Jose Ryp (CA) Kael Ngu
Benjamin Percy's run on Ghost Rider continues, and Johnny Blaze encounters none other than Wolverine!
There's somebody else out there like Johnny Blaze, who knows what it means to suffer - to feel sickened by the pain they've inflicted on the world. His name is Logan. After the motorcycle rally at Hell's Backbone, Wolverine and Ghost Rider are brought together - but are they enemies or allies in the war against the shadow country? Meanwhile, there's a new splinter group within the F.B.I. charged with quelling the rise in supernatural activity in the country, helmed by Agent Talia Warroad. She's aiming to enlist the dangerous power of the Spirit of Vengeance! Plus, still reeling from his time in Hayden's Falls, Blaze seeks the counsel of a seer named Necro the Tattooist, who uses his needle to bring dark truths to the surface about the legacy of the Ghost Rider!
Rated T+
In Shops: Apr 12, 2023
SRP: $19.99
View All Items In This Series
ORDER SUBSCRIBE WISH LIST