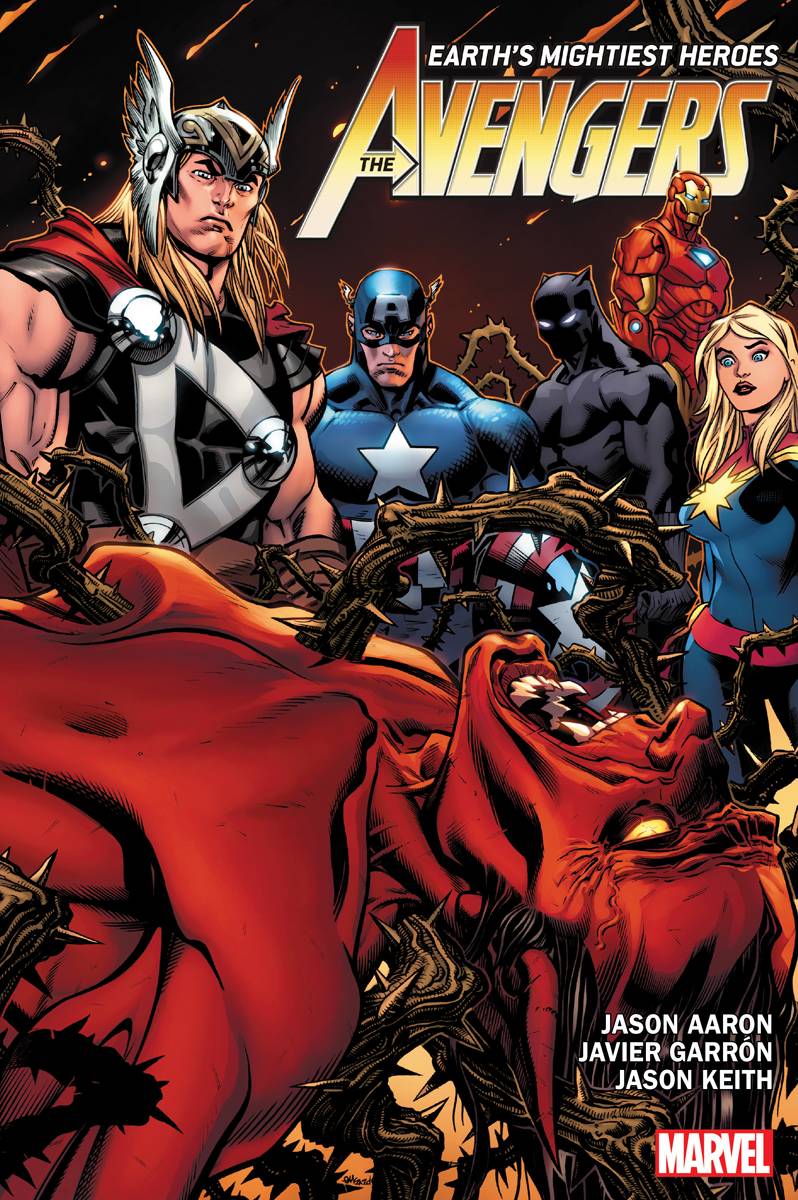 #
DEC220917
(W) Jason Aaron (A) Various (A/CA) Ed McGuinness
Jason Aaron's Avengers saga continues - from the dawn of time to the end of the world!
Trapped in an icy cave millennia in the past, Tony Stark has lost most of his armor...and a good chunk of his mind. Back in the present, Earth's mightiest villains unite against a common threat: the Avengers! But even worse is an attack from one of the heroes' own ranks! Mummies are rising from their graves. Secret armies march by moonlight from K'un-Lun to Wakanda to Greenwich Village. A dark god invades Asgard. And the Moon Knight is unleashed as never before! And if the Avengers can survive the Age of Khonshu, all that awaits them...is the Phoenix Force! It's searching for its latest host - and many of Marvel's most powerful figures are contenders! Who will be the all-new Phoenix?!
Rated T+
In Shops: Jul 12, 2023
SRP: $44.99
View All Items In This Series
ORDER SUBSCRIBE WISH LIST