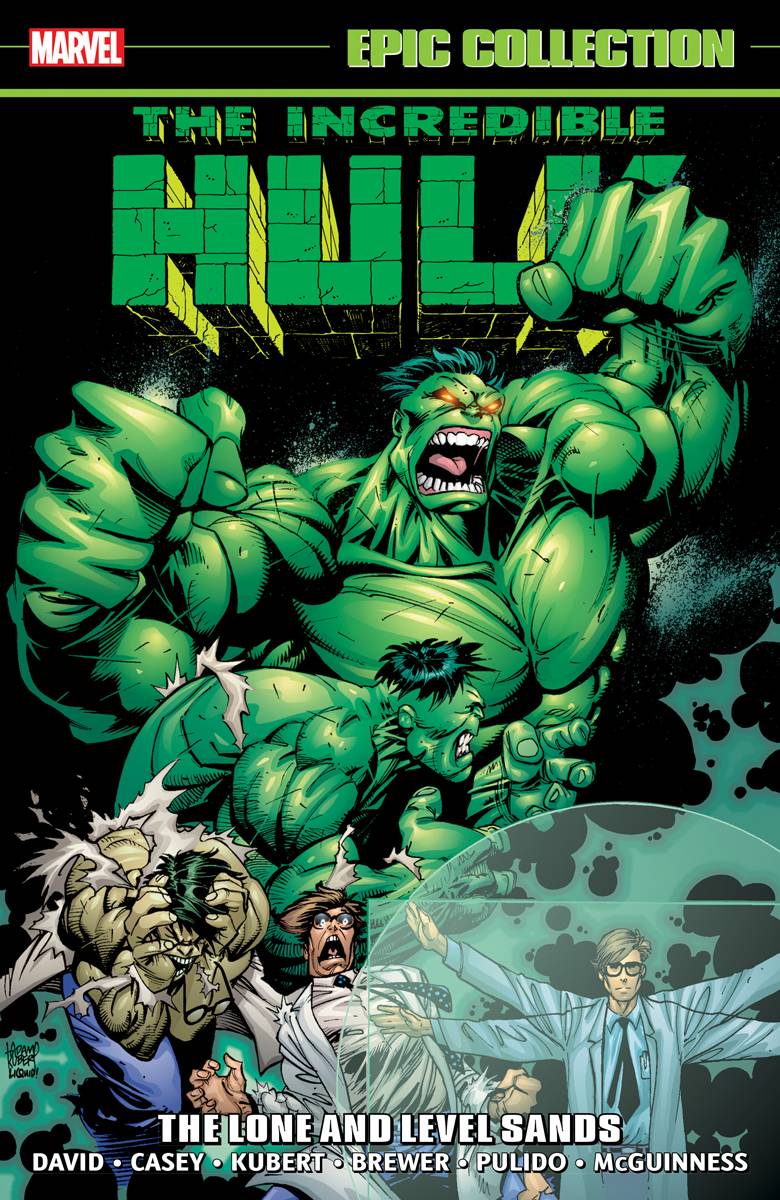 #
DEC220838
(W) Peter David, Various (A) Various (A/CA) Adam Kubert
The incredible end of an era! As Peter David completes his epic run, he delves ever deeper into the mind of Bruce Banner - and brings him face to face with the Hulk's oldest enemy: General "Thunderbolt" Ross! As the Hulk battles the Maestro, the Destroyer and the alien Troyjan, Banner begins to believe that he and the Hulk could be...happy? But when an unthinkable tragedy suddenly strikes, everything changes! Grieving and tormented, Banner seeks answers - while the enraged Hulk smashes his way through adversaries from Attuma to the Super-Adaptoid! The Circus of Crime wants to use the Hulk, while the alien Qnax needs his help! But as shocking secrets are revealed, how will Hulk and Ross deal with the monstrous menace of the Abomination? Collecting INCREDIBLE HULK (1968) #460-474, HULK & SUB-MARINER ANNUAL '98 and X-MAN & HULK ANNUAL '98.
Rated T
In Shops: Apr 19, 2023
SRP: $44.99
ORDER WISH LIST