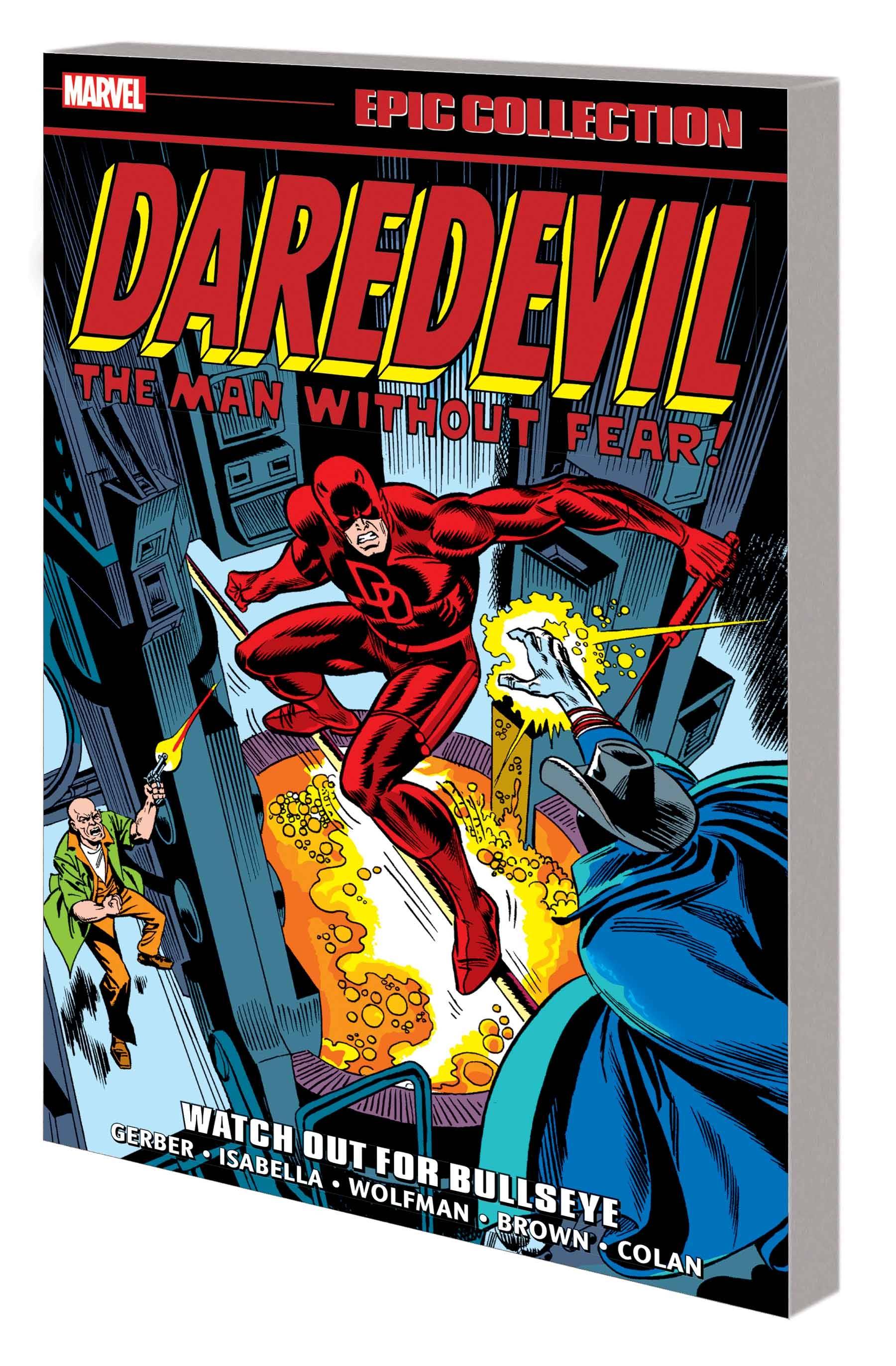 #
DEC220837
(W) Steve Gerber, Various (A) Rob Brown, Various (CA) Gil Kane
Daredevil, the Black Widow and Shanna the She-Devil must join together to uncover the secret leaders of Black Spectre - an organization bent on bringing the United States to its knees! It's a massive saga that will pull in heroes from across the Marvel Universe, culminating in a battle on the White House lawn! Plus: Classic villains like the Gladiator and the Owl make their returns, new enemies emerge when Death-Stalker hatches a plan that brings the Man-Thing into the fray, and Daredevil and S.H.I.E.L.D. team up to confront a renewed Hydra! And finally, the Man Without Fear's life changes forever when Bullseye, the madman with perfect aim and no mercy, makes his deadly debut! Collecting DAREDEVIL (1964) #108-132 and MARVEL TWO-IN-ONE (1974) #3.
Rated T
In Shops: Mar 29, 2023
SRP: $49.99
ORDER WISH LIST