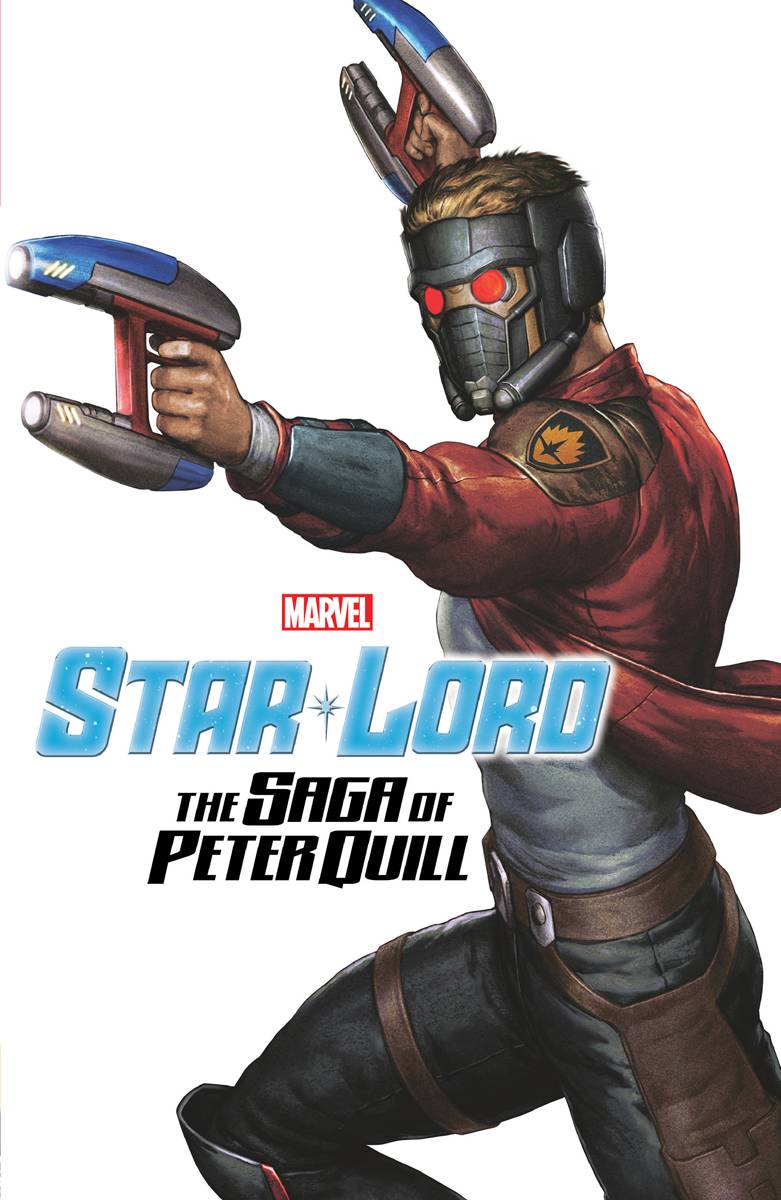 #
DEC220835
(W) Sam Humphries, Various (A) Garron, Javier, Various (CA) TBD
The stirring story of Star-Lord! Before Peter Quill was a Guardian of the Galaxy, he was...an astronaut! Or at least he wanted to be. But as NASA's biggest burnout, Quill seemed destined to stay grounded on Earth. Now, discover how he finally journeyed out into the galaxy! But getting off-world is one thing - surviving is another. Especially when Yondu and his space pirates find him! Plus: Relive Star-Lord's pre-Guardians adventures: teaming with Thanos of Titan against a cosmic threat lurking in a galactic prison - and meeting Rocket Raccoon, Groot and Mantis on a high-stakes mission against the techno-organic Phalanx! But what deadly secrets lurk in Quill's past on Earth, and what will they mean for his future in space? Collecting STAR-LORD (2015) #1-5, THANOS (2003) #7-12, ANNIHILATION: CONQUEST - STARLORD #1-4 and GUARDIANS OF THE GALAXY (2013) #0.1.
Rated T+
In Shops: Apr 05, 2023
SRP: $39.99
ORDER WISH LIST