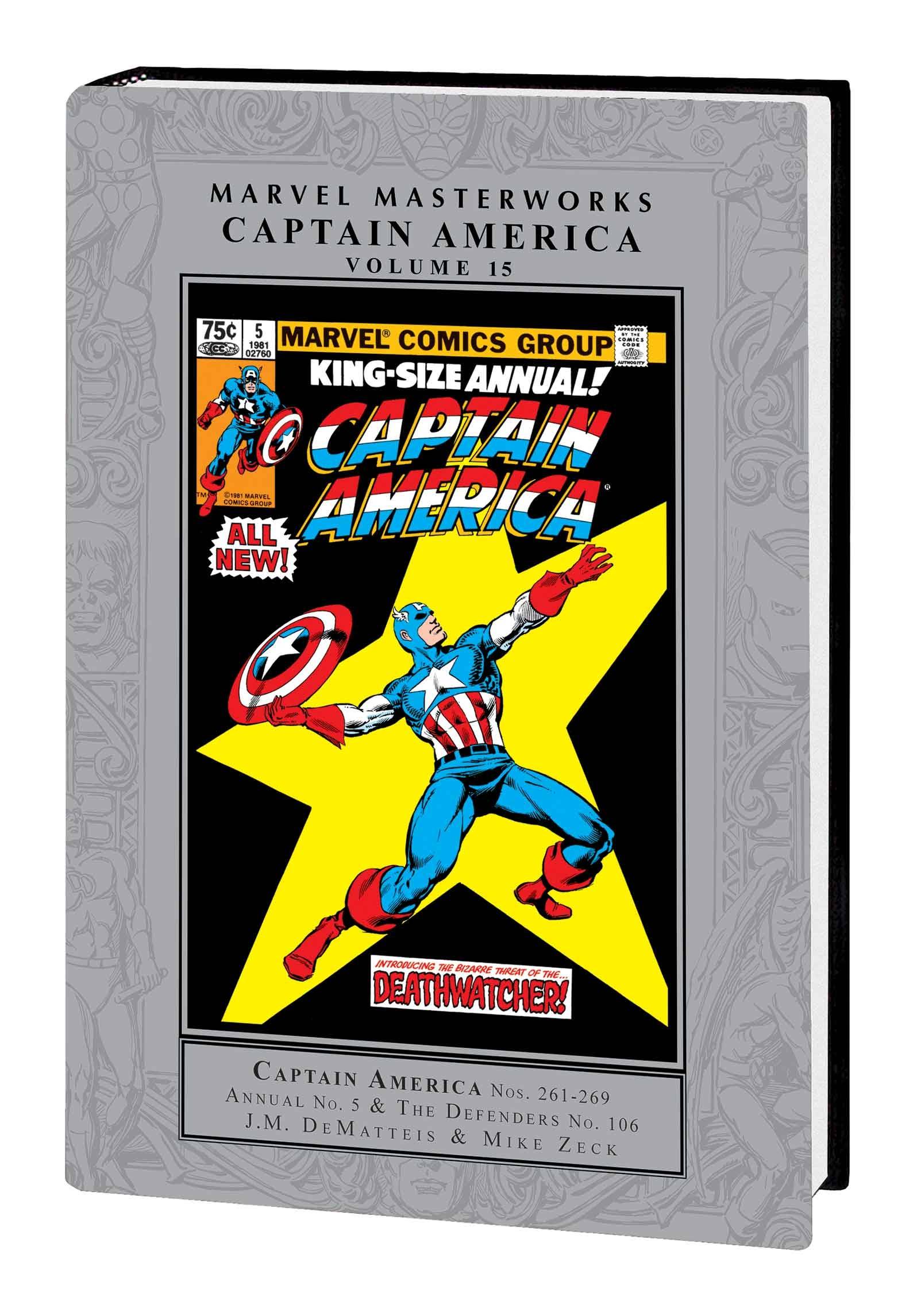 #
DEC220824
(W) J. M. DeMatteis, Various (A) Mike Zeck, Various (CA) Frank Miller
J.M. DeMatteis and Mike Zeck made CAPTAIN AMERICA their own in a celebrated three-year creative collaboration! Theirs is one of the Star-Spangled Avenger's greatest eras - and it begins when a Captain America movie causes Cap to cross paths with a new Nomad, the Ameridroid and the Red Skull! Next, the American Dream comes under assault by an enigmatic force - and in a two-part tale guest-starring Spider-Man, the cyborg S.U.L.T.A.N. sets his sights on Washington, DC! Finally, the Defenders join up with Cap to stop the psychopathic physicist August Masters from embroiling America in a war with the Soviet Union! Plus: Veteran Cap artist Gene Colan returns for a double-sized Annual pitting Steve Rogers against the Constrictor and Samson Scythe! Collecting CAPTAIN AMERICA (1968) #261-269 and ANNUAL #5, and DEFENDERS (1972) #106.
Rated T
In Shops: Jun 28, 2023
SRP: $75.00
View All Items In This Series
ORDER SUBSCRIBE WISH LIST