DAREDEVIL BY CHIP ZDARSKY HC VOL 04 TO HEAVEN THROUGH HELL 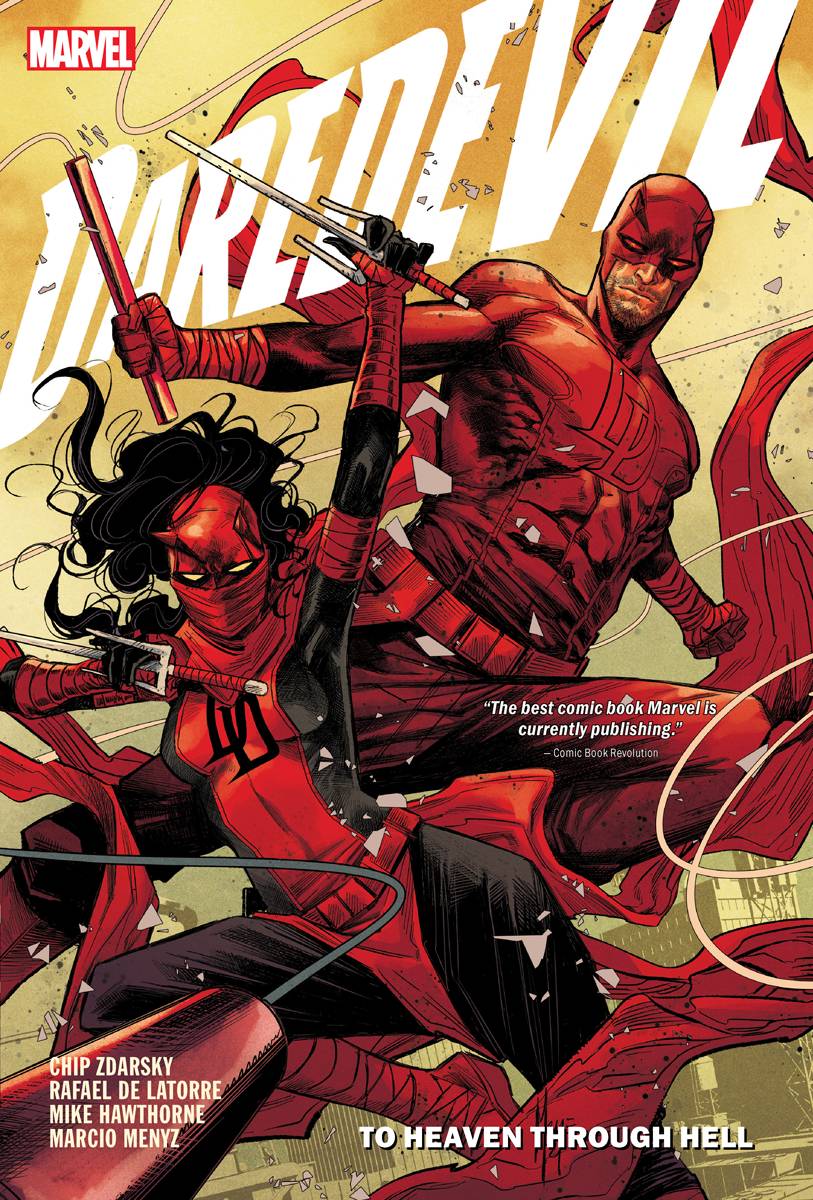 #
DEC220819
(W) Chip Zdarsky, Various (A) Mike Hawthorne, Various (CA) Marco Checchetto
The Angel of Death has come to Hell's Kitchen. As a series of grisly murders tests Elektra's mettle - and her commitment to her new role as Daredevil - the city spirals into a state of panic. Because this killer can be in more than one place at a time! Is it a team? A mutant? Or something else entirely? Meanwhile, Matt Murdock faces challenges of his own behind bars - and he won't be getting time off for good behavior! Then, Kraven the Hunter has Elektra dead in his sights! Battered, bruised and with her back to the wall, can Elektra honor Daredevil's code not to kill? And if so, will the Woman Without Fear be strong enough to survive the unexpected consequences of mercy? Plus: more savage tales of Elektra! Collecting DAREDEVIL (2019) #31-36, DAREDEVIL: WOMAN WITHOUT FEAR #1-3 and ELEKTRA (2022) #100.
Rated T+
In Shops: Jul 05, 2023
SRP: $39.99
View All Items In This Series
ORDER SUBSCRIBE WISH LIST