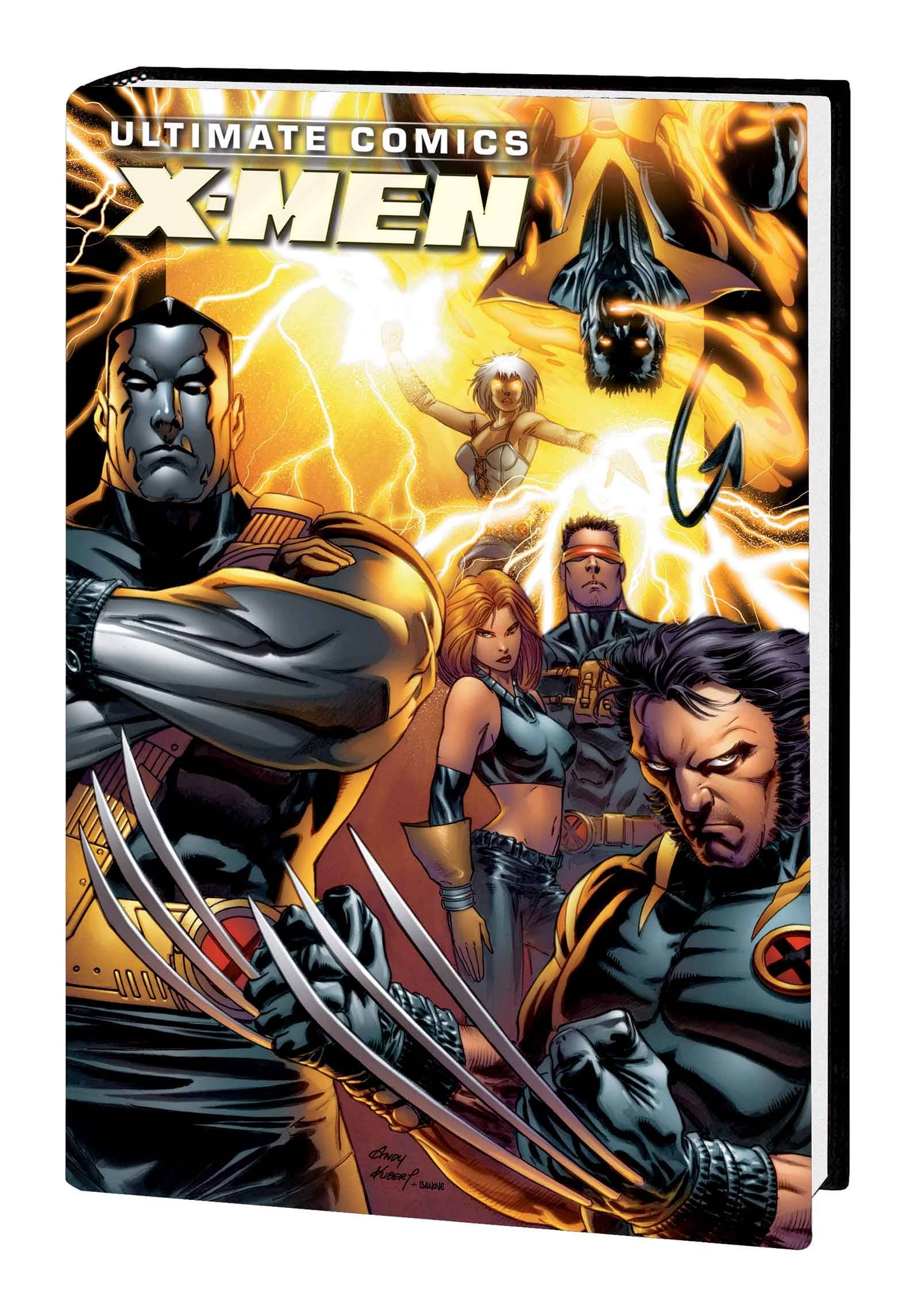 #
DEC220816
(W) Brian Michael Bendis, Various (A) David Finch, Various (CA) Andy Kubert
Four of the 21st century's most celebrated writers propel the Ultimate X-Men to ever greater heights! First, the team must ally with Spider-Man and Daredevil to help Wolverine fight a secret from his mysterious past. Then, the U.S. government enters the mutant-training business - and Emma Frost is in charge of the new class! But the shocking death of one of their own leaves the remaining X-Men struggling to deal with the loss - and when Mister Sinister arrives, he plans to give them even more to mourn! Gambit returns, Longshot is the lucky survivor of a murderous mutant reality show and Storm searches for Wolverine! Plus: Is Ultimate Juggernaut ultimately unstoppable? Who is Magician? And is Jean Grey really the cosmic entity called Phoenix?! Collecting ULTIMATE X-MEN #34-74 and ANNUAL #1-2, ULTIMATE X-MEN/FANTASTIC FOUR #1 and ULTIMATE FANTASTIC FOUR/X-MEN #1.
Rated T
In Shops: Jul 26, 2023
SRP: $125.00
View All Items In This Series
ORDER SUBSCRIBE WISH LIST