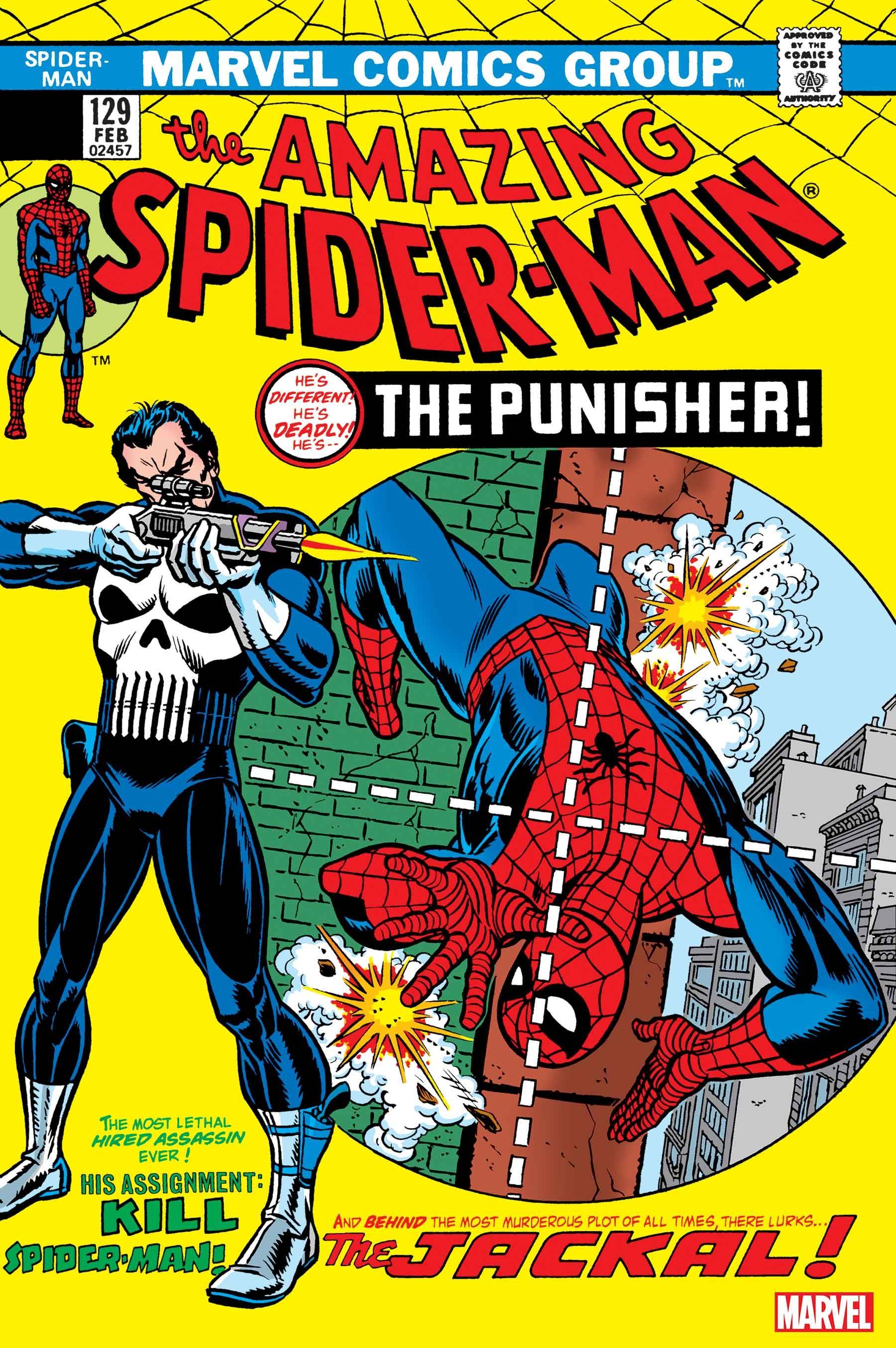 #
DEC220767
(W) Gerry Conway (A) Ross Andru (CA) Gil Kane
He's different...he's deadly...he's the Punisher! But why does he have Spider-Man in his sights? Find out as Frank Castle makes his mighty Marvel debut in an all-time classic from legendary creators Gerry Conway and Ross Andru! The Punisher's relentless war on crime has enthralled readers for decades - but it all began here, as the lethal vigilante is manipulated by the scheming Jackal into targeting Spidey! Frank only kills those who deserve to die - and he believes the "web-slinging menace" has earned just such a fate! Now, as Spider-Man and the Punisher clash for the first time, a rivalry for the ages is born! It's one of the all-time great Marvel comic books, boldly re-presented in its original form, ads and all! Reprinting AMAZING SPIDER-MAN (1963) #129.
Rated T
In Shops: Feb 22, 2023
SRP: $3.99
ORDER WISH LIST