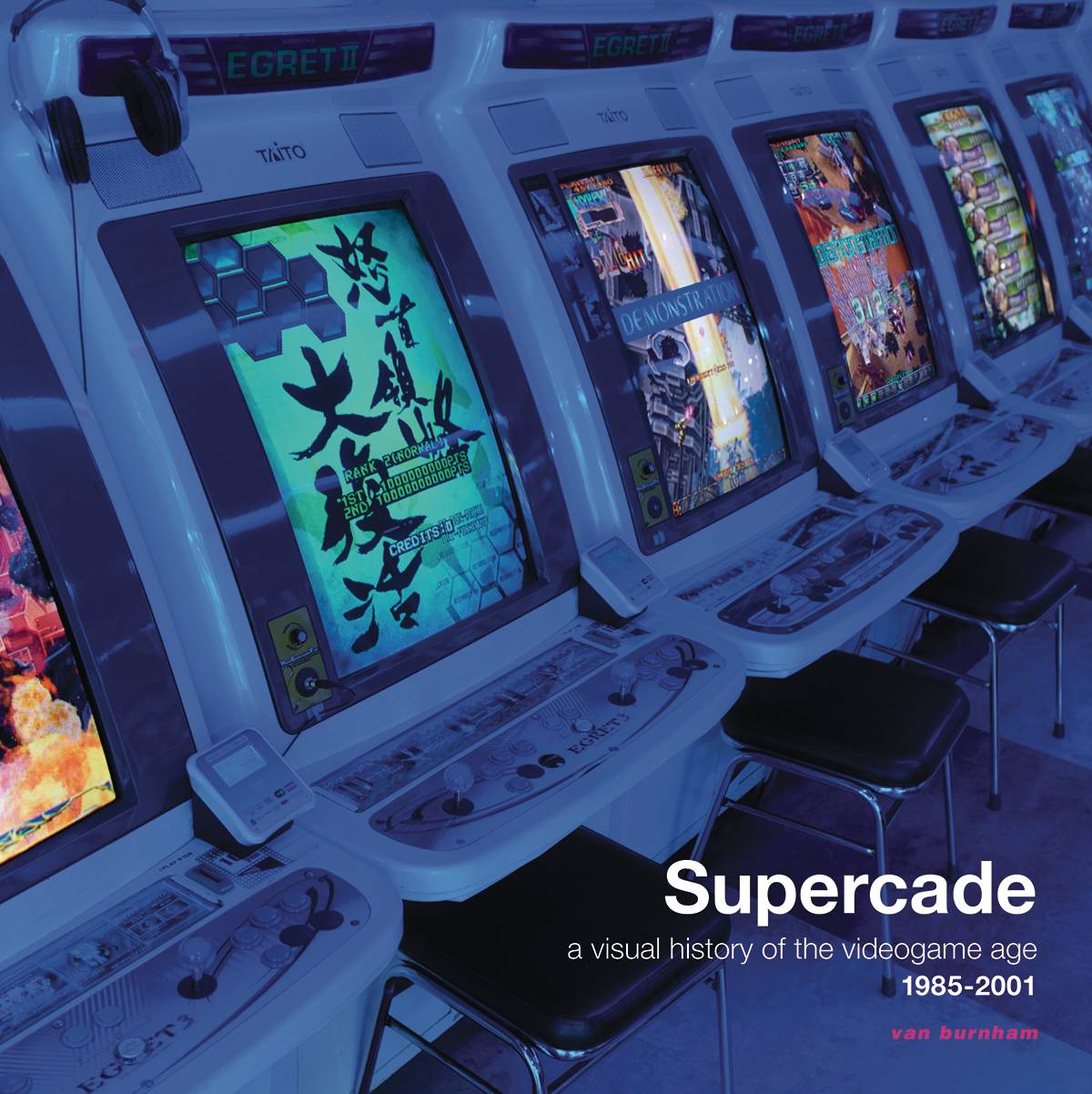 #
DEC220645
(W) Van Burnham
"The long-awaited sequel to Supercade: A Visual History of the Videogame Age 1971-1984,
the first book to illustrate the videogame phenomenon...

In the years since the original Supercade was first published, the next generation of gamers have come of age. Raised in the aftermath of the crash - the grand arcade palaces of the early 80s replaced by battered Neo Geo cabinets in laundromats and the few remaining game parlors begging for play - they are the children of the Nintendo Entertainment System, the home console that saved the US game industry after Atari effectively destroyed it.

Over the past two decades they have expressed an intense love for the games of their youth including Super Mario, Space Harrier, and Street Fighter.

This volume chronicles the next era of gaming history, beginning with the NES and including the release of the Sega Master System, SNES, Genesis, TurboGrafx-16, Amiga, Game Boy, Atari Jaguar, PlayStation, Dreamcast, Xbox and more, as well as the companies, creators, and technologies that drove us into the digital future.

Earnestly written and designed by author and game historian Van Burnham, the second book is even more comprehensive than the first - featuring over 500 full-color pages - plus interviews with legendary game developers like Eugene Jarvis, John Romero, and Tim Schafer, as well as premium print upgrades including metallic inks, gatefold inserts, and so much more.

Supercade was conceived to pay tribute to the technology, games, and visionaries who created one of the most influential mediums in the history of entertainment - one that profoundly shaped the modern technological landscape, and inspired generations of gamers.