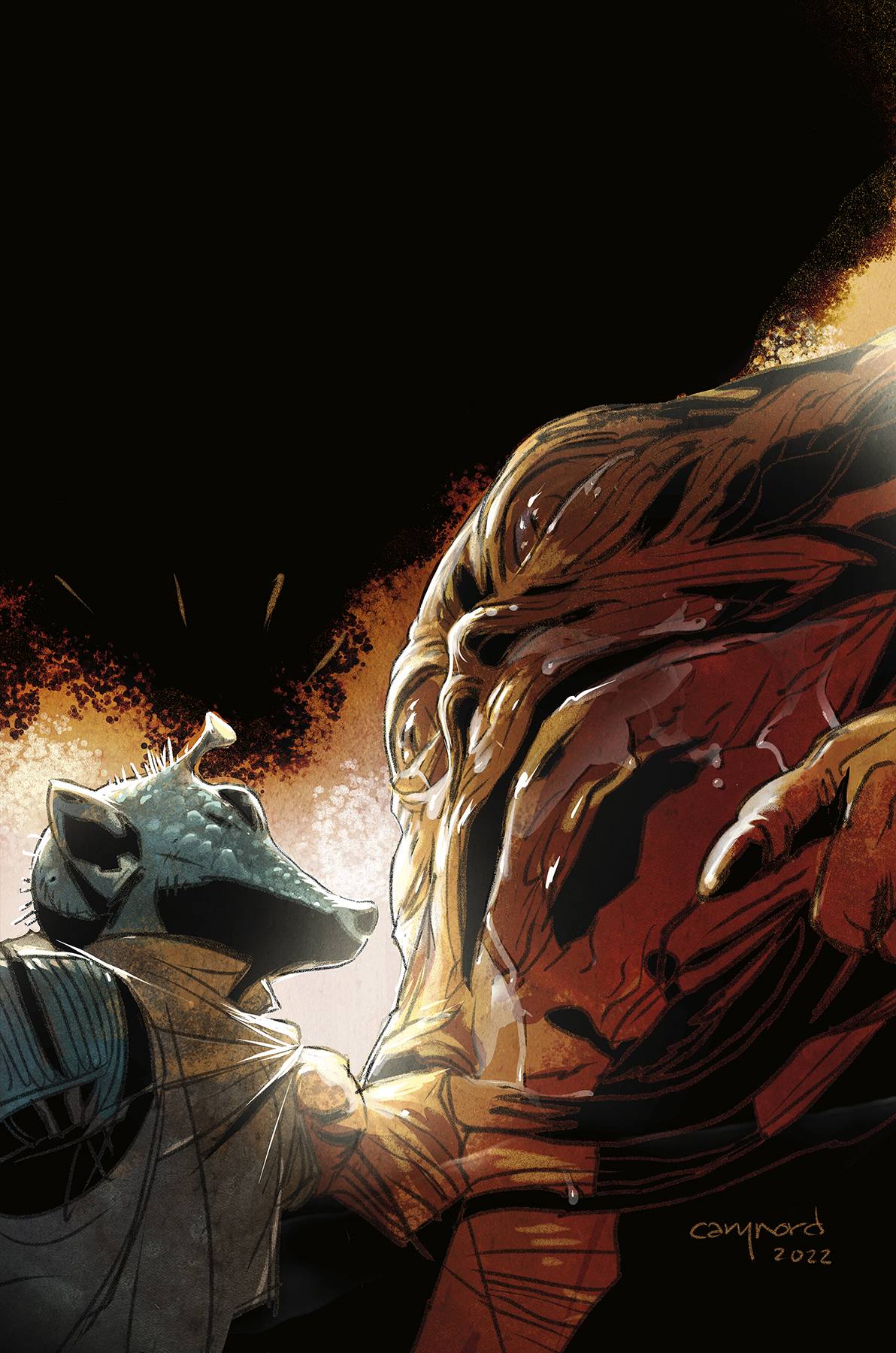 #
DEC220434
(W) Cecil Castellucci (A) Eduardo Mello (CA) Cary Nord
Long before his infamous run-in with Han Solo, Greedo was a rookie crook trying to rise through the ranks of Jabba the Hutt's gangster organization. But his young ambitions are quickly derailed when a big deal goes south, and Greedo is set up to take the fall by Jabba's latest romantic companion. Can Greedo make it out alive, or will he find himself the latest offering to Jabba's pet Rancor!