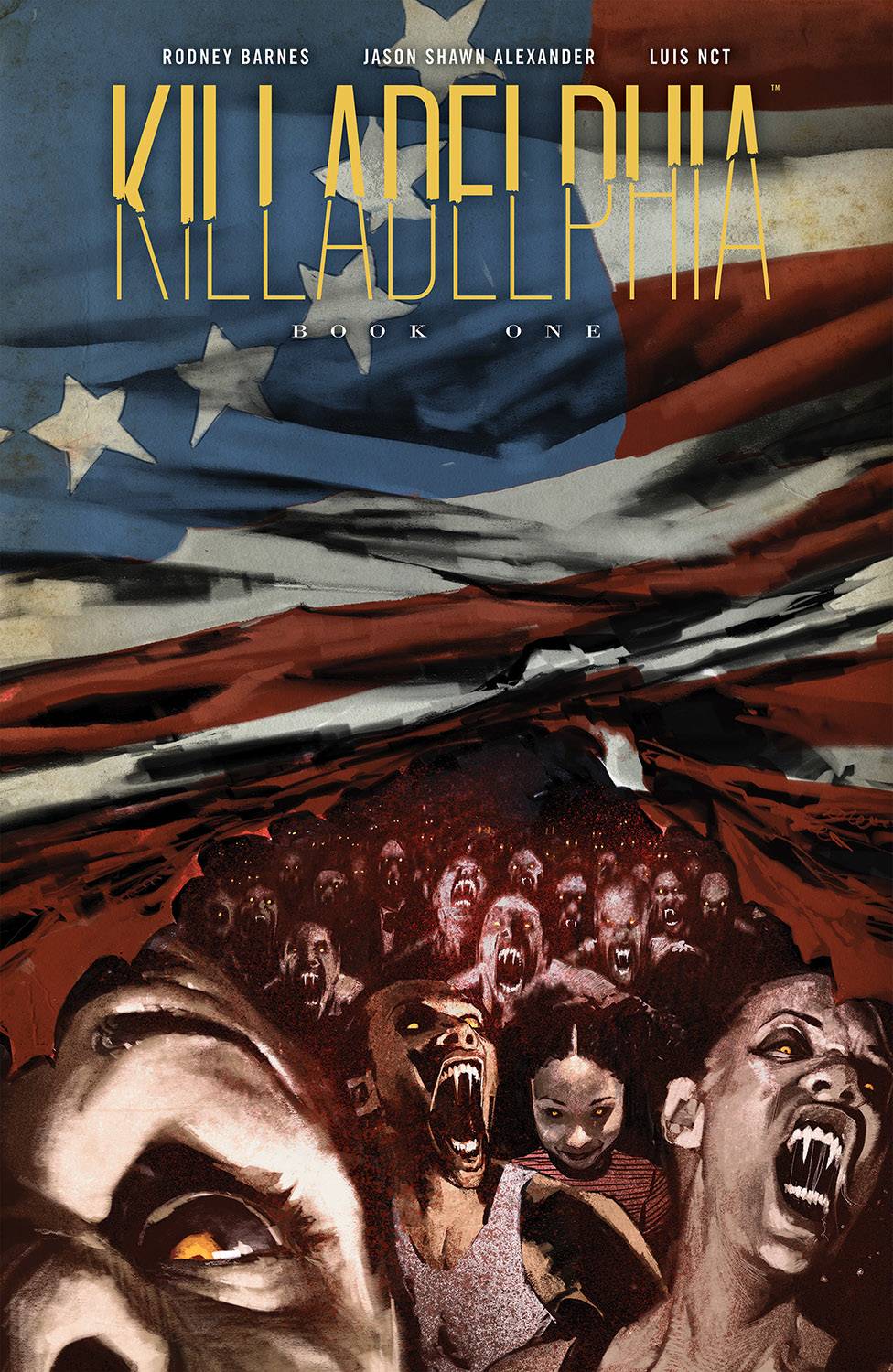 #
DEC220198
(W) Rodney Barnes (A/CA) Jason Shawn Alexander
Finally, the acclaimed, Eisner Award-nominated horror title is collected for the first time in a stunning hardcover featuring the first twelve issues plus bonus content! From RODNEY BARNES, the breakout star writer behind such hit shows as Marvel's Runaways, STARZ's American Gods, and HBO's Winning Time, and JASON SHAWN ALEXANDER, the artist who redefined SPAWN for a new generation.
When a small-town beat cop comes home to bury his murdered father, revered Philadelphia detective James Sangster Sr., he stumbles into a mystery that will lead him down a path of horrors and shake his beliefs to their core. The city that was once the symbol of liberty and freedom has fallen prey to corruption, poverty, unemployment, brutality...and vampires.
Now, it's up to Jimmy and an unexpected companion to stop long-thought-dead president of the United States John Adams from building an undead army and staging a bloody new American revolution.
There's a reason they say you can't go home again. Welcome to Killadelphia.
Collects KILLADELPHIA #1-12 and chapters 1-5 of the terrifying werewolf tie-in story ELYSIUM GARDENS
In Shops: Jan 11, 2023
SRP: $39.99
View All Items In This Series
PREORDER SUBSCRIBE WISH LIST