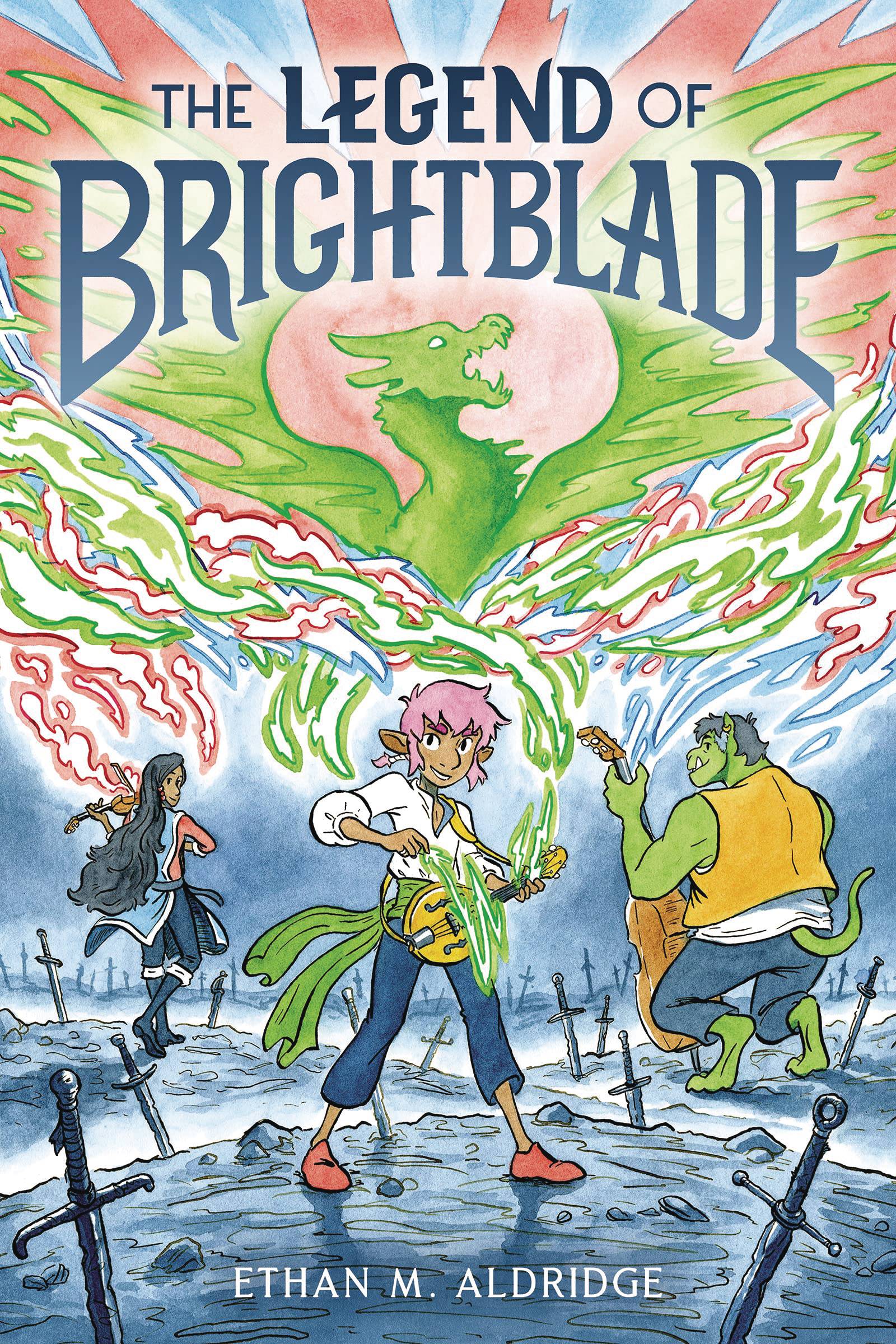 #
DEC211781
(W) Ethan M Aldridge (A) Ethan M Aldridge
A middle grade fantasy graphic novel from the author-illustrator of Estranged, set in a classic sword-and-sorcery world in which the kingdom of Skald has just reached a period of peace after years of war and the young prince is ready to break free of his boring palace life and become a bard.
A young prince must learn to be his own kind of hero in this stand-alone graphic novel from the acclaimed creator of the Estranged duology. Perfect for fans of the Amulet series and The Witch Boy.
Young Prince Alto dreams of being a hero like his mother, the Lady Brightblade. Her well-known legend was woven into stories by the magical bard who fought by her side.
The kingdom may be at peace now, but Alto believes that the world still needs heroes. He has been learning the bard's magic, and has grown restless with royal life. Determined to have an adventure of his own, Alto runs away from the palace.
On his journey, he finds himself making new friends and encountering new and exciting magic. But when he discovers that there are dangers threatening the kingdom, Alto realizes that he might not be able to handle them alone-and making his mark as a hero is harder than the stories made it seem.
In Shops: Mar 02, 2022
SRP: $13.99
ORDER WISH LIST