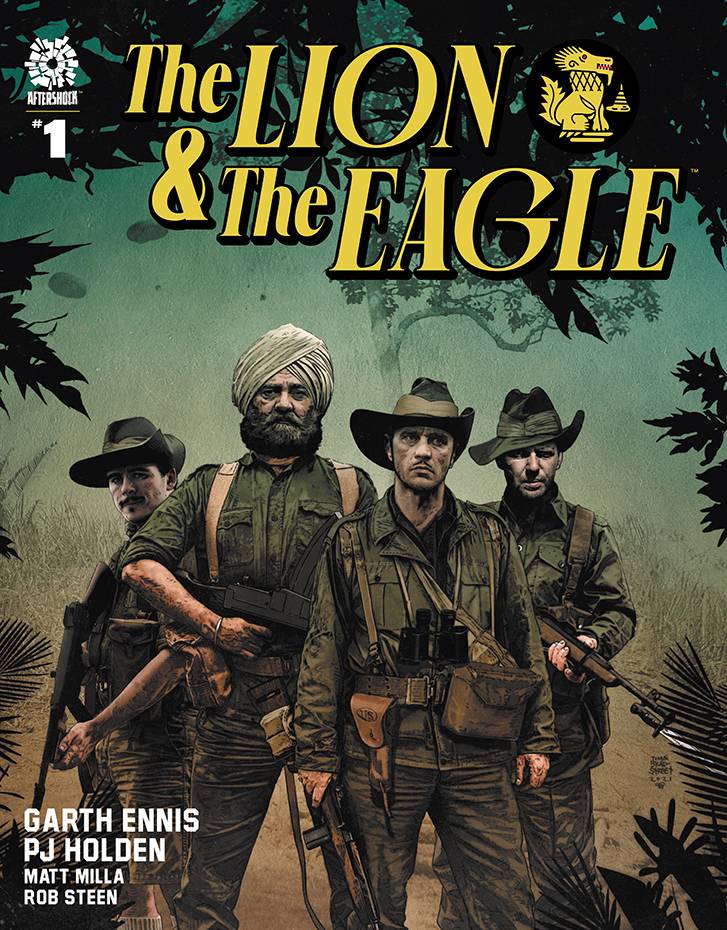 #
DEC211239
(W) Garth Ennis (A) P. J. Holden (CA) Tim Bradstreet
Oversized prestige format miniseries from the mind of Garth Ennis!
1944: Imperial Japan still commands most of Asia. Determined to regain their hold on Burma, the British send a special forces unit - the Chindits - deep behind Japanese lines. Their mission is to attack the enemy wherever they find him. What awaits them is a nightmare equal to anything the Second World War can deliver.
Colonel Keith Crosby and Doctor Alistair Whitamore have old scores to settle, being veterans of the long retreat through Burma two years before. But neither the jungle nor the foe have gotten any less savage, and when the shooting starts and the Japanese descend on the smaller British force in their midst, every man will be tested to his limit.
Writer Garth Ennis (The Boys, Preacher, DREAMING EAGLES) and artist PJ Holden (The Stringbags, World of Tanks, Judge Dredd) present a tale of hellish jungle warfare, as apparently civilized human beings descend into an apocalyptic heart of darkness.
In Shops: Feb 16, 2022
SRP: $7.99
View All Items In This Series
ORDER SUBSCRIBE WISH LIST