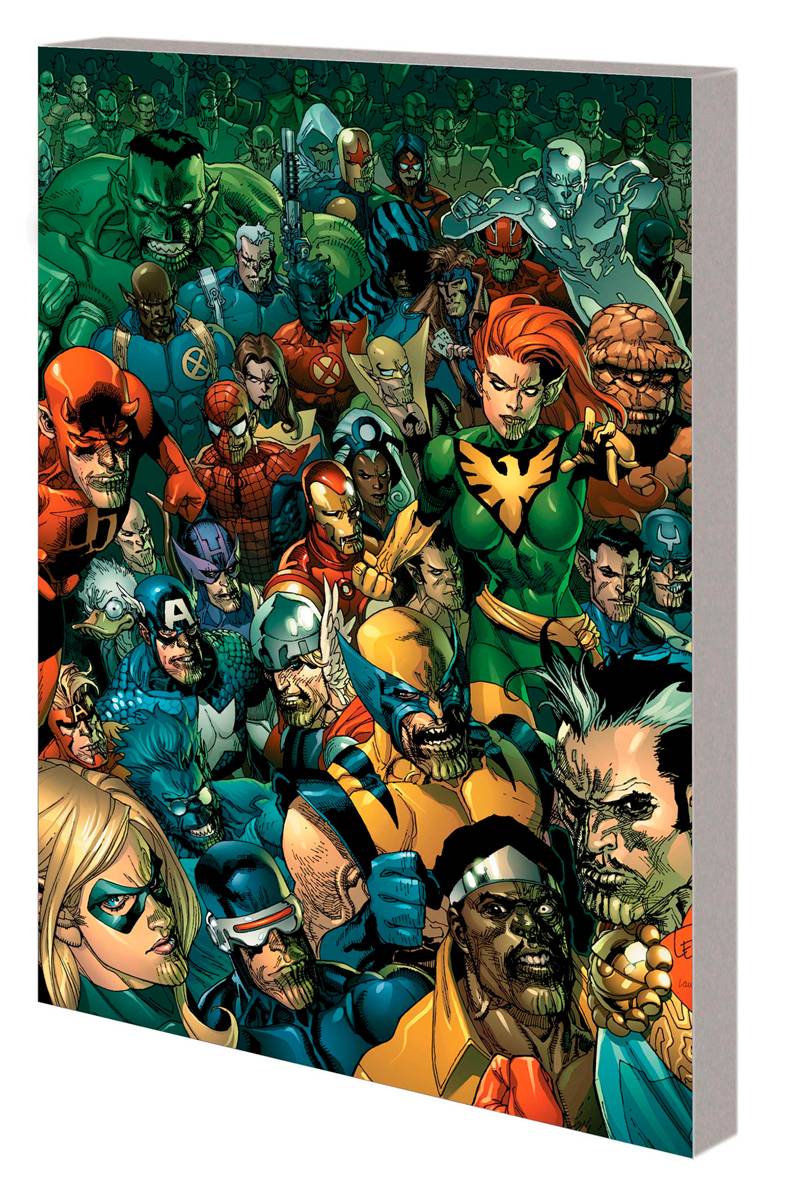 #
DEC211113
(W) Robbie Thompson, Various (A) Nico Henrichon, Various (CA) Leinil Francis Yu
The Warners are your typical American family. Dad works at Stark Enterprises. Mom works in a senator's office. The girls are students at Stamford High. The only thing that makes them different is...they're shape-shifting alien Skrulls who have infiltrated our society to pave the way for invasion! But what could leave them as a house divided? And will the mysterious Man in the Hat be their exterminator - or their salvation? Plus: Meet the Skrulls all over again in the aliens classic first encounter with the Fantastic Four, as well as more momentous events in Skrull history - including the Super Skrull's debut, the Kree/Skrull War and the final fate of their Throneworld! Collecting MEET THE SKRULLS #1-5, ROAD TO EMPYRE: THE KREE/SKRULL WAR, FANTASTIC FOUR (1961) #2 and #18, AVENGERS (1963) #93, NEW AVENGERS: ILLUMINATI (2007) #1 and material from FANTASTIC FOUR (1961) #257.
Rated T+
In Shops: Apr 06, 2022
SRP: $29.99
ORDER WISH LIST