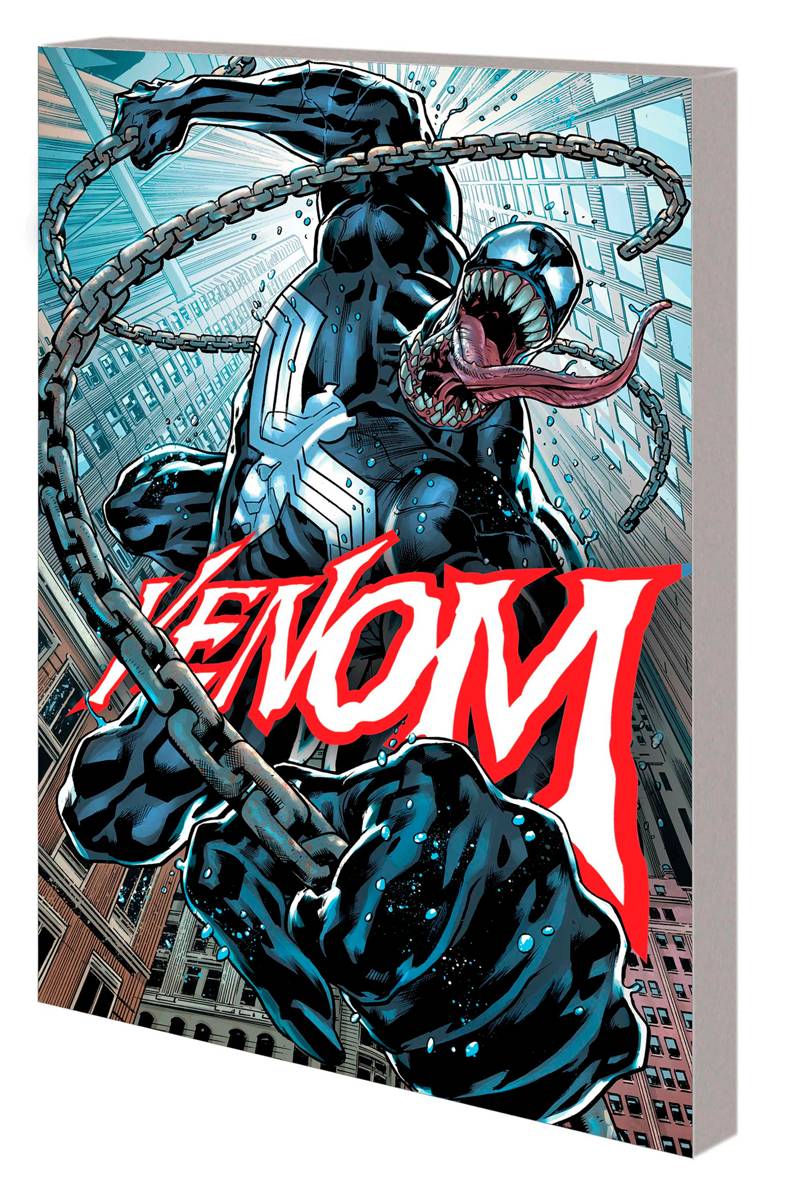 #
DEC211098
(W) Al Ewing, Ram V. (A/CA) Bryan Hitch
One blockbuster era gives way to another! Symbiotic writing team Al Ewing and Ram V join superstar artist Bryan Hitch to unleash their vision of Venom! Together, they will push Eddie and Dylan Brock to their limits - and as everything Dylan has come to know and love unravels around him, he begins to realize the terrible truth about his new "other." The Venom symbiote is not a harmless pet, no matter how much it pretends to be one. It's an alien. A dangerous, violent, often bloodthirsty alien. Whatever bond it had with Dylan's father, Eddie - as special as it may have been - is now gone. And Dylan might be gone soon too. Because the villainous Life Foundation is back, led by the insidious Carlton Drake - and they have the new Venom square in their sights! Collecting VENOM (2021) #1-5.
Rated T+
In Shops: Apr 06, 2022
SRP: $17.99
View All Items In This Series
ORDER SUBSCRIBE WISH LIST