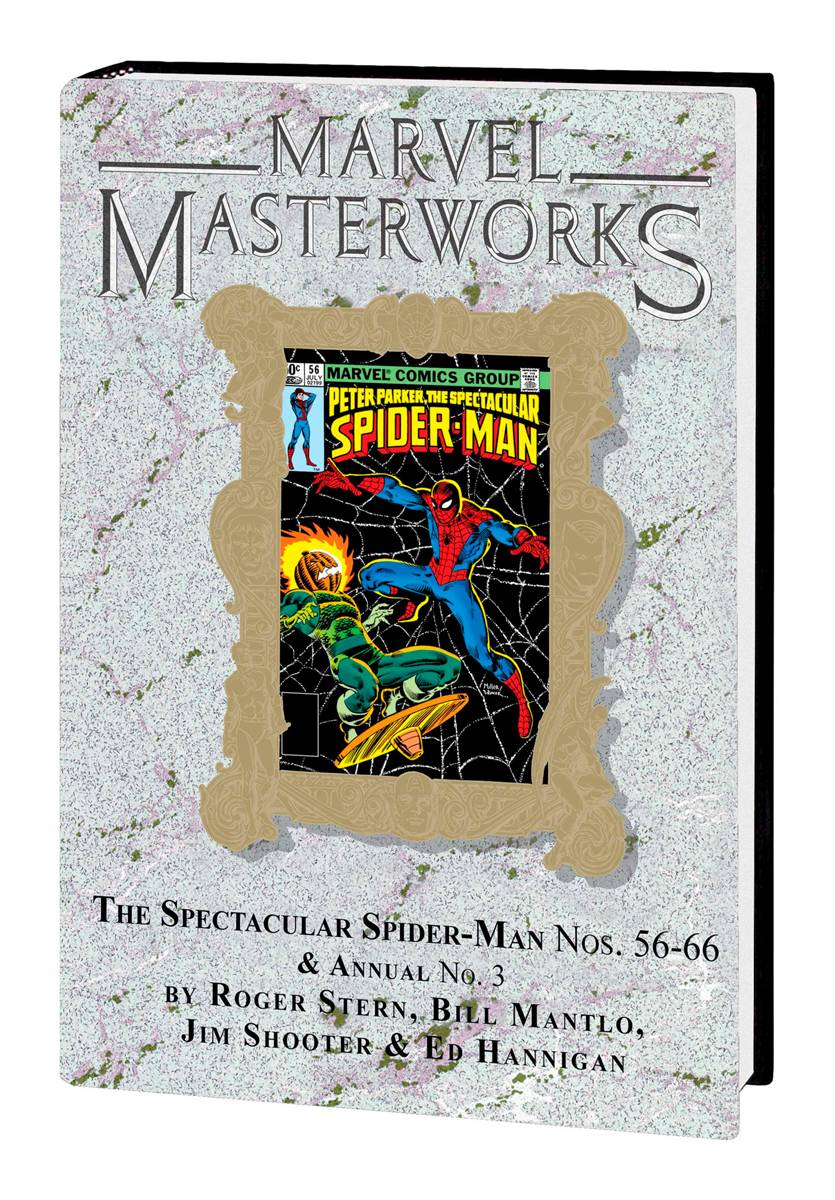 #
DEC211097
(W) Roger Stern, More (A) Ed Hannigan, More (CA) Frank Miller
Roger Stern's seminal writing run concludes, and Bill Mantlo returns for a fan-favorite second stint! After a run-in with the Jack O'Lantern, Spider-Man must protect Marla Madison - noted scientist and J. Jonah Jameson's one true love - from the deadly Will-O'-the-Wisp! The Ringer menaces Spidey's world in a tale drawn by John Byrne, setting up a double-sized issue featuring Stern's retelling of Spider-Man's origin! Then, Mantlo pits Spidey against a cavalcade of his deadliest rogues: Kraven, Electro and the Molten Man! And in one of the most timeless tales in SPECTACULAR history, teen-runaways-turned-heroes Cloak and Dagger make their debut! Plus: An Annual that takes Spidey to the "Dark Side of the Moon" with Man-Wolf! Collecting PETER PARKER, THE SPECTACULAR SPIDER-MAN (1976) #56-66 and SPECTACULAR SPIDER-MAN ANNUAL #3.
Rated T
In Shops: Jul 20, 2022
SRP: $75.00
View All Items In This Series
ORDER SUBSCRIBE WISH LIST