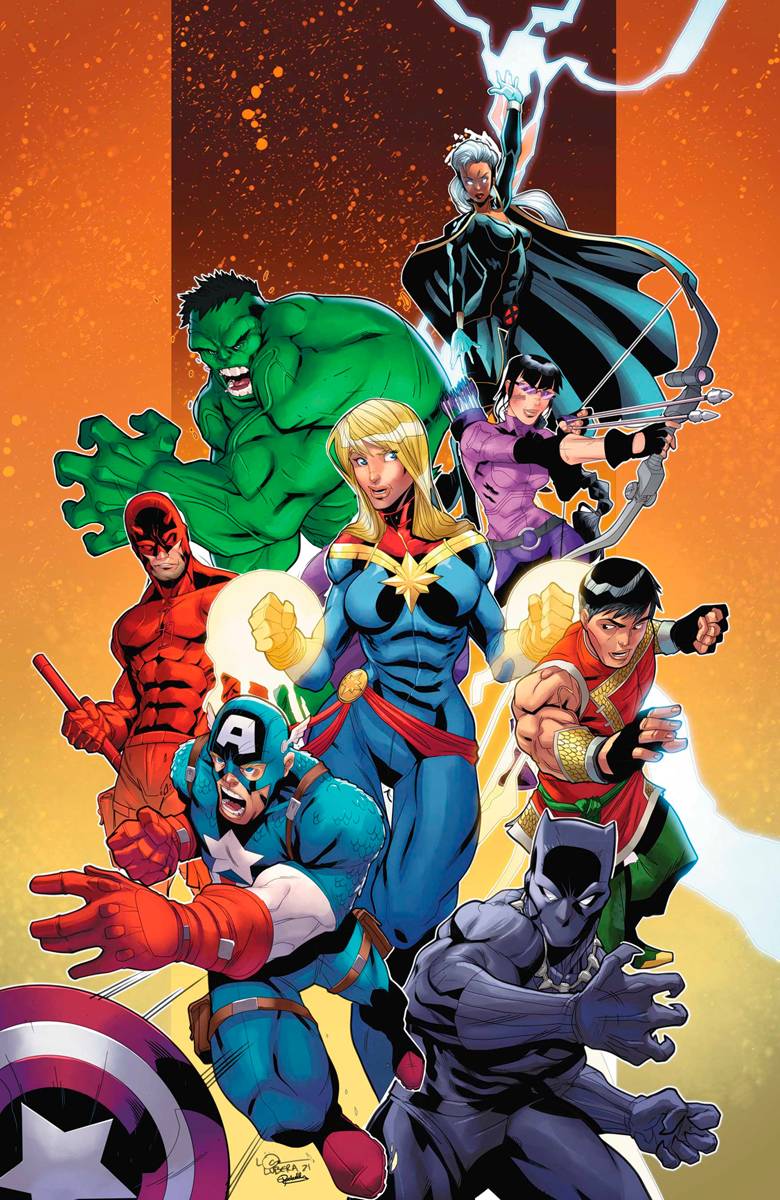 #
DEC211093
(W) Matt Forbeck (A) Various (CA) Logan Lubera
• Play as an existing Marvel Super Hero, or create your own hero (or villain!)
and build your own Marvel Multiverse saga with your friends.
•  Characters will be built using stats such as Might, Agility, Resilience,
Vigilance, Ego and Logic.
•  Players: 2-6 (or more!)
•  Three standard six-sided dice (3d6) needed for play.
•  Gameplay will be governed by the all-new, all-different D616 system developed
exclusively by Marvel! Hint: Rolling 6-1-6 will yield FANTASTIC results!
•  The Playtest Rulebook is being released in March 2022 and contains an exciting
adventure as well as everything you need to know in order to build a character.
Once you've begun your campaign, there will be instructions to drop Marvel a line -
Your feedback may be factored into the core rulebook and subsequent releases!

INTRODUCING THE MARVEL MULTIVERSE ROLE-PLAYING GAME! Take on the roles of Marvel's most famous Super Heroes - or create entirely new ones - to fight some of the most dangerous Super Villains in the Marvel Universe! Join Marvel and Tabletop RPG fans alike in this upcoming playtest of Marvel's new game. Co-created by Matt Forbeck (THE MARVEL
ENCYCLOPEDIA, Dungeons & Dragons: Endless Quest) and packed with illustrations by Marvel's amazing artists, the PLAYTEST RULEBOOK features a subset of the rules for the upcoming game - including character creation and combat - plus an introductory scenario and full profiles for some of Marvel's greatest heroes: Spider-Man, Captain America, Captain Marvel, Wolverine and more. To get started, all you need is this book, three six-sided dice and a group of friends. Players who grab the PLAYTEST RULEBOOK will also have the chance to offer official feedback on the rules and help shape the game for its full release. Don't miss out on this chance to influence and enjoy the MARVEL MULTIVERSE ROLE-PLAYING GAME!
No Rating
In Shops: Mar 30, 2022
SRP: $9.99
ORDER WISH LIST