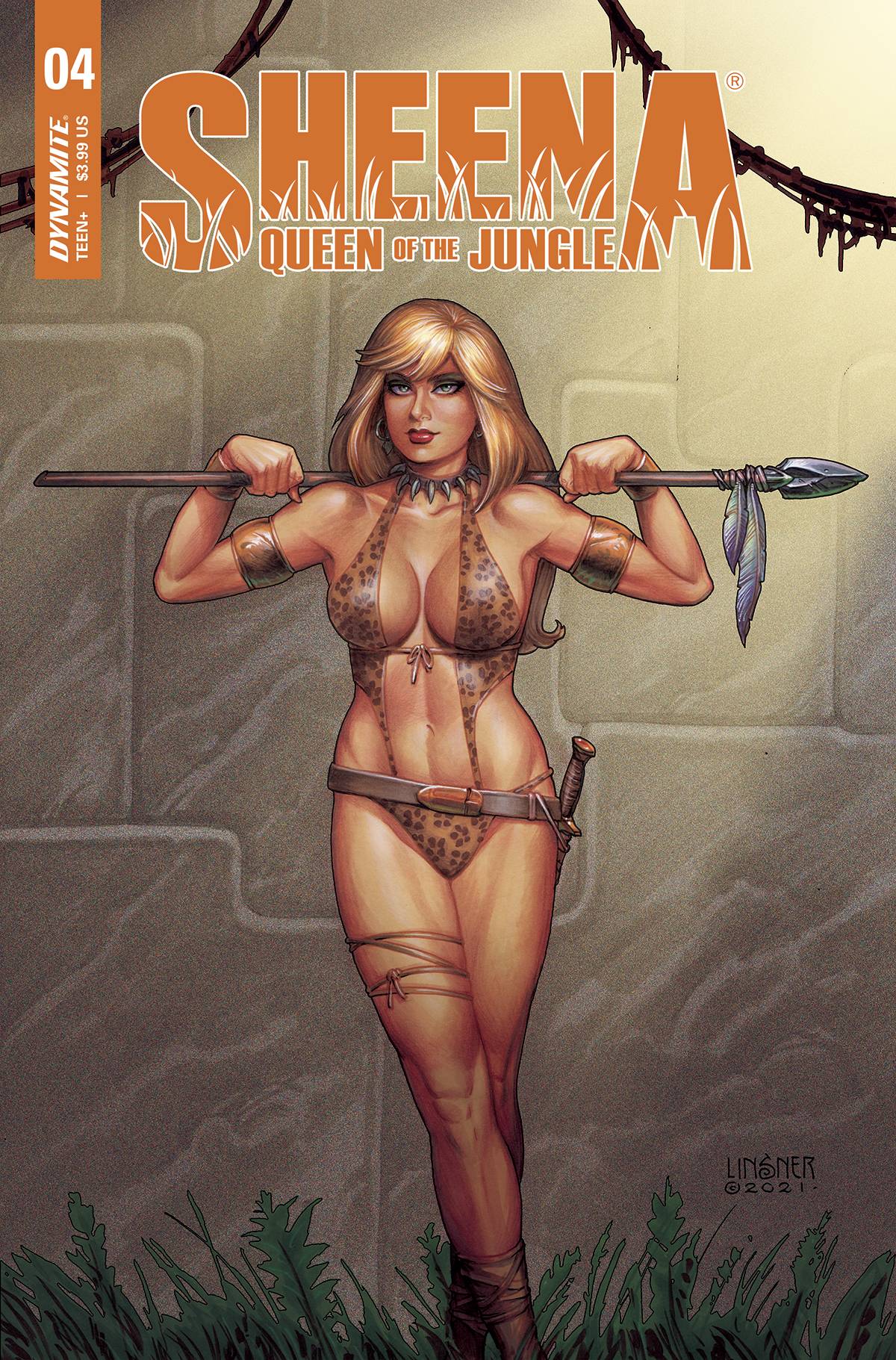 #
DEC210726
(W) Stephen Mooney (A) Jethro Morales (CA) Joseph Michael Linsner
The Queen of the Jungle has Returned! Featuring an all-star creative team and the most amazing roster of cover artists this side of the jungle! The thrilling adventure combines the classic elements of the legendary character along with a modern sensibility that will make it the perfect debut for fans new and old! And look at those covers: Linsner! Parillo! Besch! Suydam! Cosplay! When we opened our adventure, it was clear that Sheena had not arrived at the offices of Cardwell Industries willingly, and that her trip inside the dome was done out of concern for her animal friends. But who was behind her capture and how does their role play into the carnage going on inside the dome? Find out in this issue! Jurassic Park meets Predator meets The Hunger Games. Sheena is Queen of all.
In Shops: Mar 02, 2022
SRP: $3.99
View All Items In This Series
ORDER SUBSCRIBE WISH LIST