WE ONLY KILL EACH OTHER TP 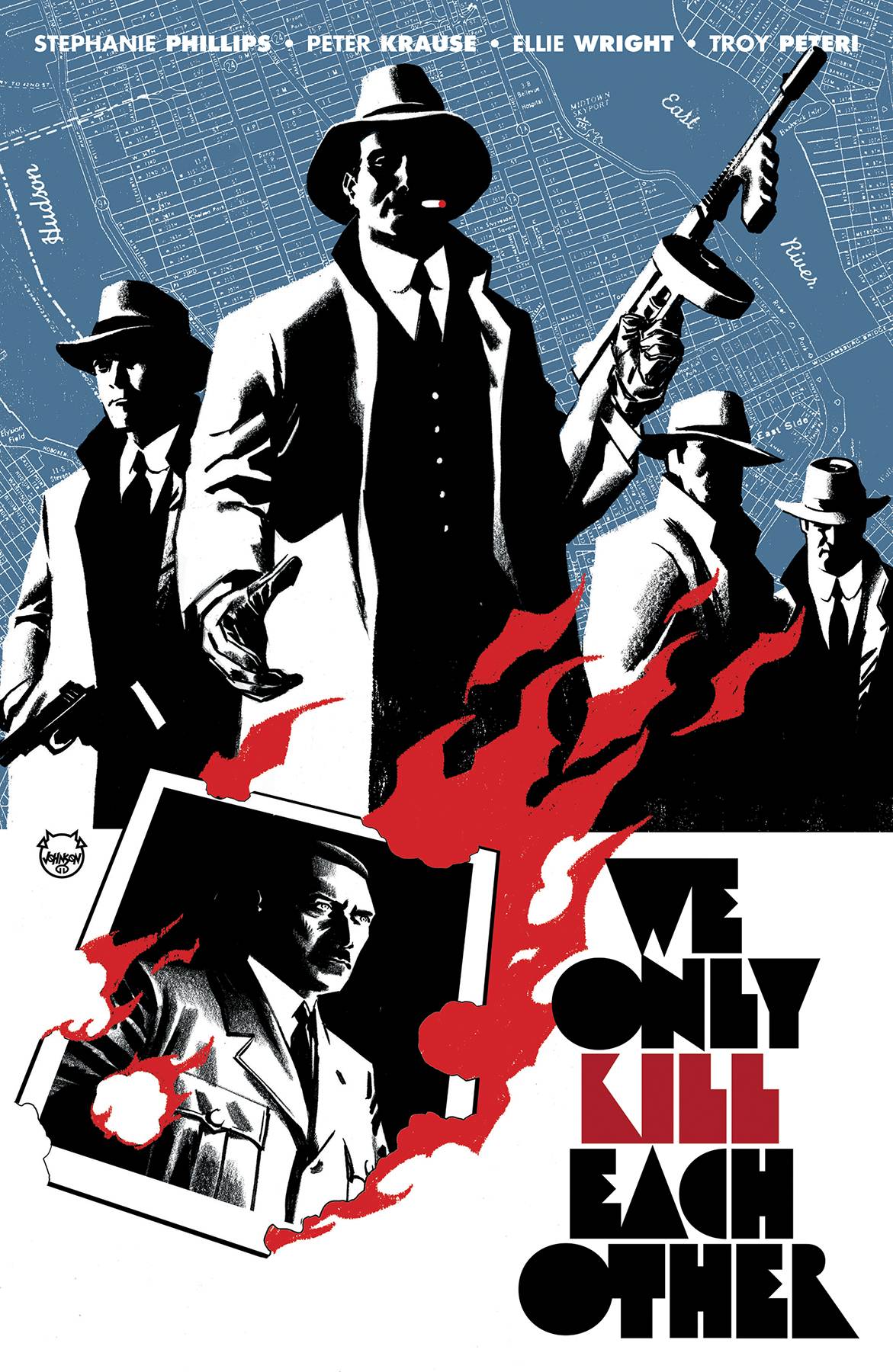 #
DEC210414
(W) Stephanie Phillips (A) Peter Krause (CA) Dave Johnson
With World War II on the horizon, Nazi sympathizers and fascists have taken root on American soil in alarming numbers, intending to push the U.S. towards and alliance with Germany. When the lone hope of stopping the American Nazi movement falls to Jewish-American gangsters currently entrenched in a violent turf war, the gangsters find that there's only one thing they hate more than each other: Nazis.
o Collects We Only Kill Each Other from the ComiXology original digital series in print for the first time.
In Shops: Apr 20, 2022
SRP: $19.99
ORDER WISH LIST