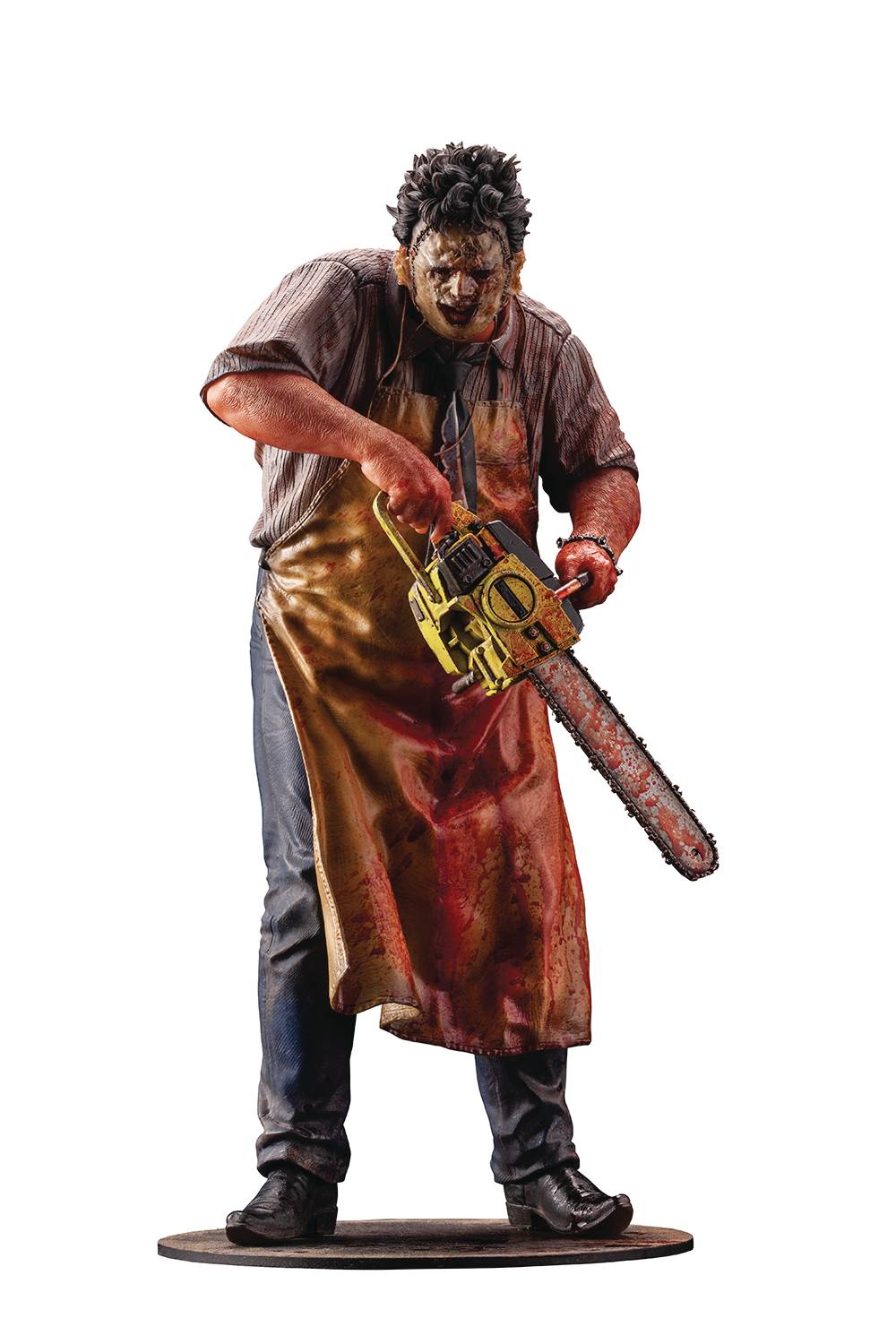 # # # #
DEC209227
From Kotobukiya. Limited to 1,000 Pieces! A PREVIEWS Exclusive.  Kotobukiya takes another step into the world of horror, bringing you a classic film slasher direct from the Hardesty family homestead. Stepping straight out of 1974 film The Texas Chainsaw Massacre, Leatherface joins the series of ARTFX Statues from Kotobukiya! Featuring his grisly mask made of human skin and wielding his chainsaw, this 1/6 scale Leatherface also sports his signature yellow apron that comes spattered in blood! His head and left elbow are movable, so you can adjust how he holds the chainsaw and even display him as he appears on the poster for the film! The 6" diameter steel base even features the on-screen text and still photo from the title sequence, so the statue can be placed freely on the base with magnets inside of the feet. Each terrifying feature is rendered in great detail making this exclusive figure a must-have for any horror fan's collection. Plus, this PREVIEWS Exclusive Leatherface Slaughter ARTFX Statue is limited to only 1,000 pieces, so order now!