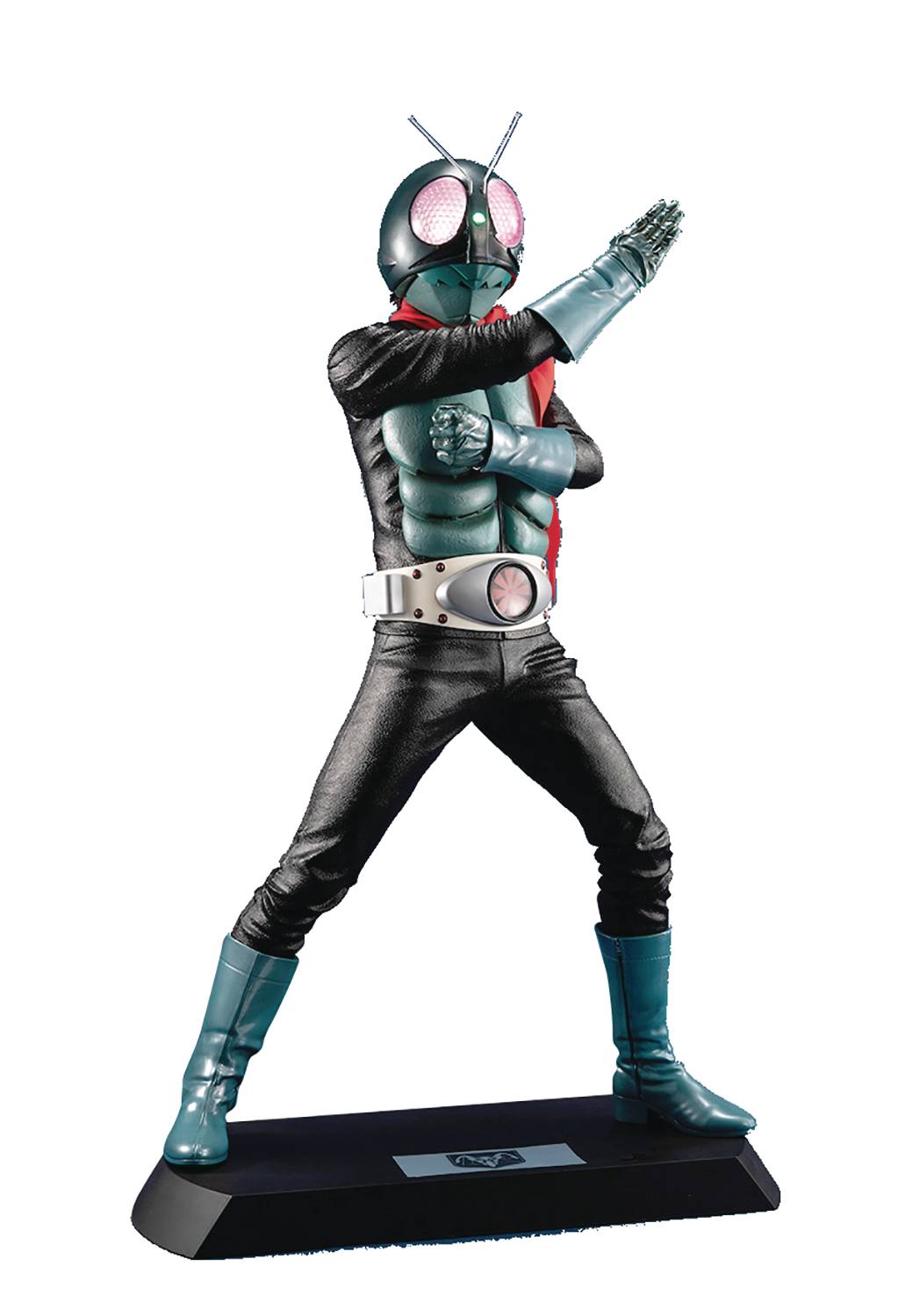 # # # # # # #
DEC208124
From Megahouse. In celebration of manga artist shotaro ishinomori's 80th birth anniversary, one of the the most well known of all of shotaro ishinomori's works is coming to life as a figure, Kamen Rider! As with the previous ultimate article figures, The intricate detail of Karen rider has been captured in perfect detail and an impressive size! The figure also features two-level LED light-up effects in the c-eye, O signal as well as a spinning light-up effect on his Typhoon transformation belt! Interchangeable arm parts are included to switch between his famous transformation pose as well as an iconic action pose! A must have for any fans of ishinomori and the legendary Kamen Rider series!