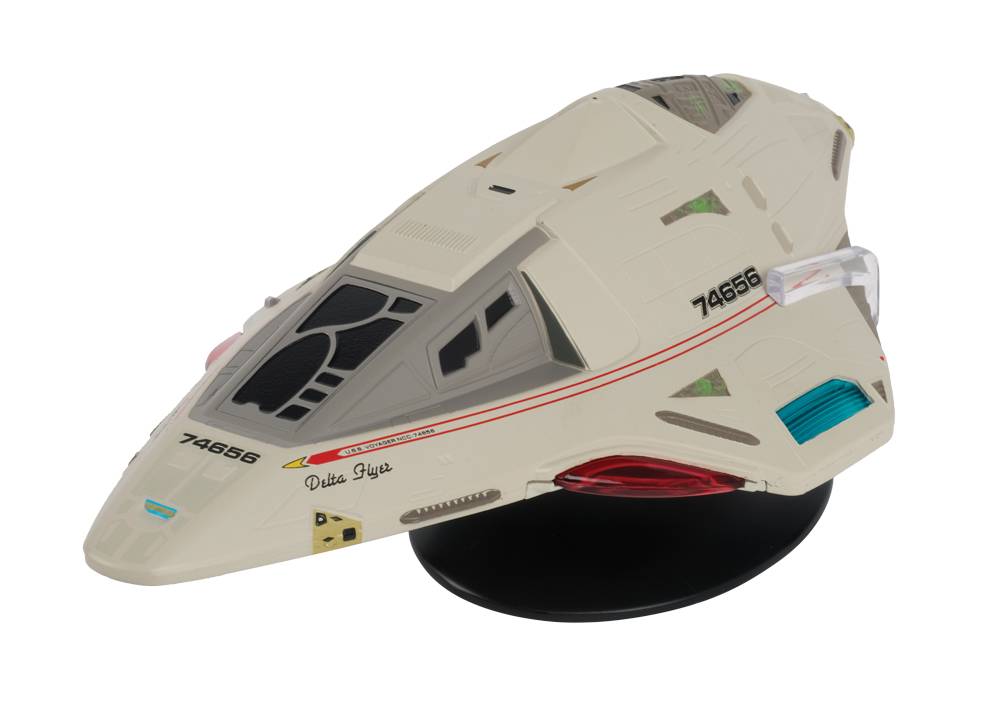 # # #
DEC202121
Delta Flyer comes as the next XL edition to our Star Trek Official Starship Collection!
This XL sized Delta Flyer brings to life the shuttle that incorporated both Starfleet and Borg technology. Larger than a standard shuttlecraft, the Delta Flyer had retractable warp nacelles, and was more able to handle the hostile environments that the crew of the USS Voyager faced in the depths of the Delta Quadrant. First seen in the episode 'Extreme Risk', the Delta Flyer would go on to serve the Voyager throughout its long journey home - redesigned and replaced only after it was destroyed by the Borg in the episode 'Unimatrix Zero'.
This fantastic special Star Trek die-cast Delta Flyer XL Starship model recreates the shuttle as seen in the Star Trek: Voyager. The model is hand-painted with intricate detail using references from CBS Studios own archives of designs and CG models, made from die-cast metal, and comes with its own display stand.
In Shops: Apr 21, 2021
SRP: $75.00