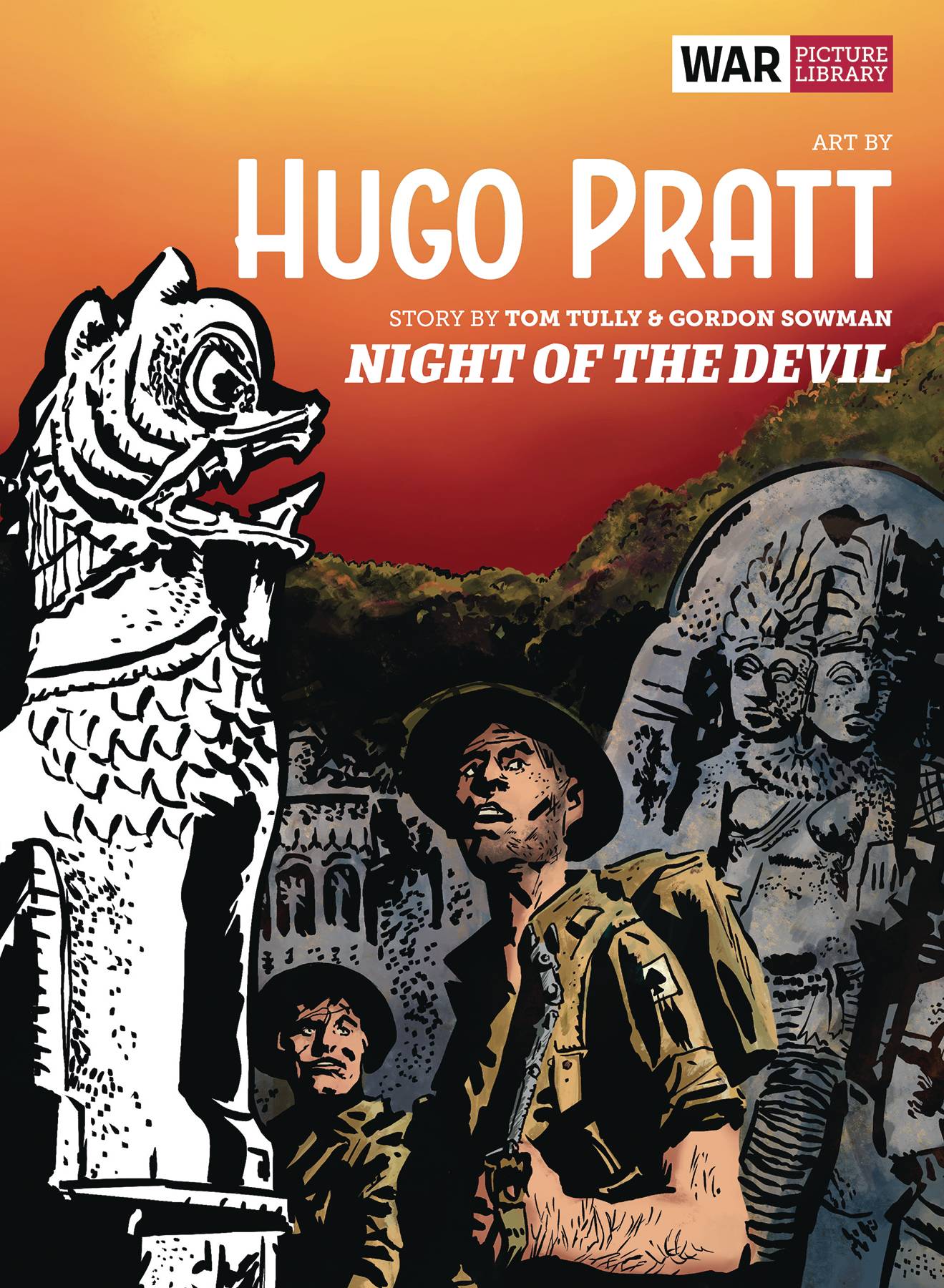 #
DEC201640
(W) Tom Tully (A) Gordon Sowman, Hugo Pratt
In Night of the Devil, take a hallucinatory trip through the oppressive heat of the Burmese jungle along with British soldiers engaged in desperate skirmishes with the enemy. In Bayonet Jungle, Private Jack Green's presence is seen as an omen of bad luck but he struggles to prove himself to the experienced soldiers of Third Platoon as they fight against the Japanese army that surrounds them. Two exciting and explosive war stories lushly illustrated by Hugo Pratt, comics' legend and creator of iconic character, Corto Maltese.
In Shops: Feb 10, 2021
SRP: $19.99