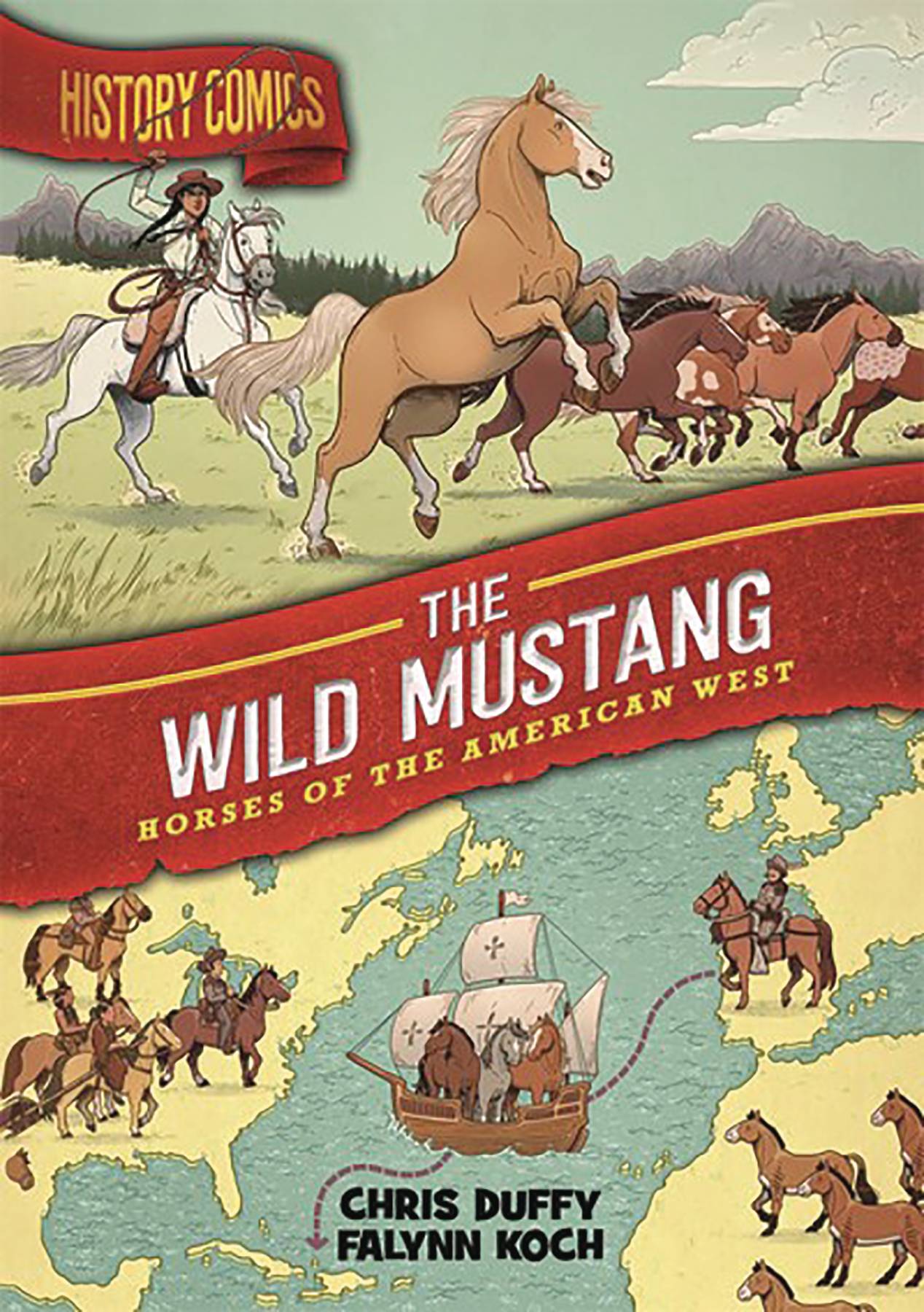 #
DEC201488
(W) Chris Duffy (A) Falynn Koch
In this volume, learn how horses were brought to the Western Hemisphere by Spanish conquistadors and immediately became a crucial part of the American story. For the Spanish, they were a tool of conquest. For Native Americans, they brought on a new way of life where horsemanship and horse-trading were central. And for the entire world, wild mustangs became a renowned wonder of the American West.
In Shops: Feb 24, 2021
SRP: $19.99