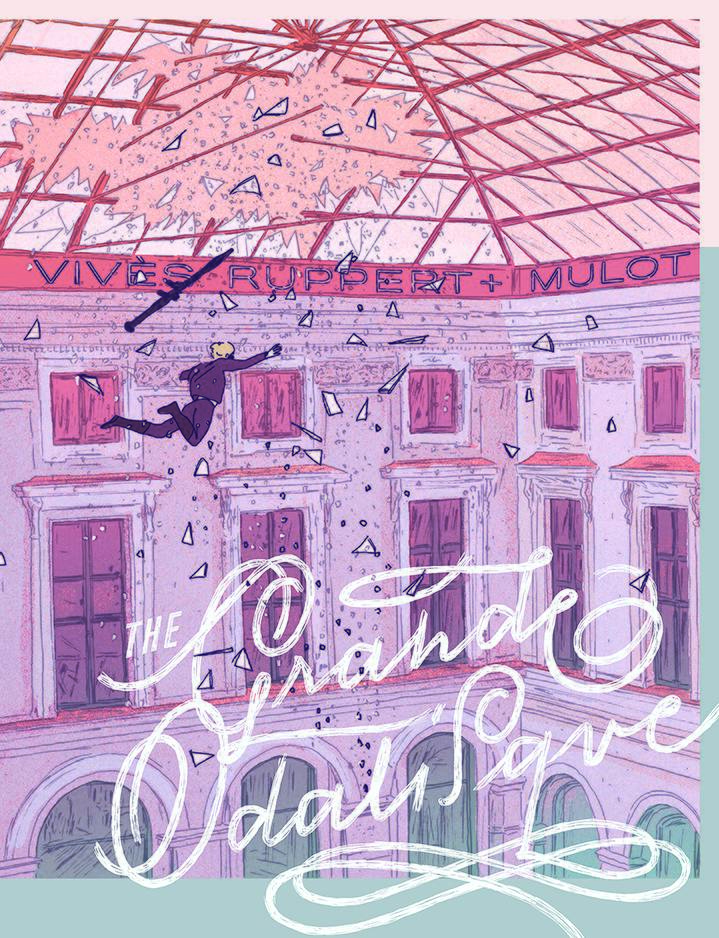 Alex and Carole, friends since childhood, are now (literal) partners in crime. But the heist - to steal the Ingres painting The Grande Odalisque from the Louvre in Paris - is too much for the duo to handle, so they bring in Clarence, a bureaucrat's son with a price on his head by a Mexican drug cartel and, more importantly, an arms dealer. Next is Sam, a stunt motorcyclist and boxer by trade, who proves trigger happy with tranquilizer darts. Using soda can smoke bombs, rocket launchers, and hang gliders, Alex, Carole, and Sam set off a set of circumstances that results in a battle with the French Special Forces - and their partnership, which was on the rocks, will never be the same again. Ruppert and Mulot, two of the most innovative comic creators in the world, team up with multiple Angouleme prize winner Bastien Vives to bring you this impossibly funny, violent, and sexy action-packed thriller.
In Shops: Feb 10, 2021
SRP: $24.99
ORDER WISH LIST