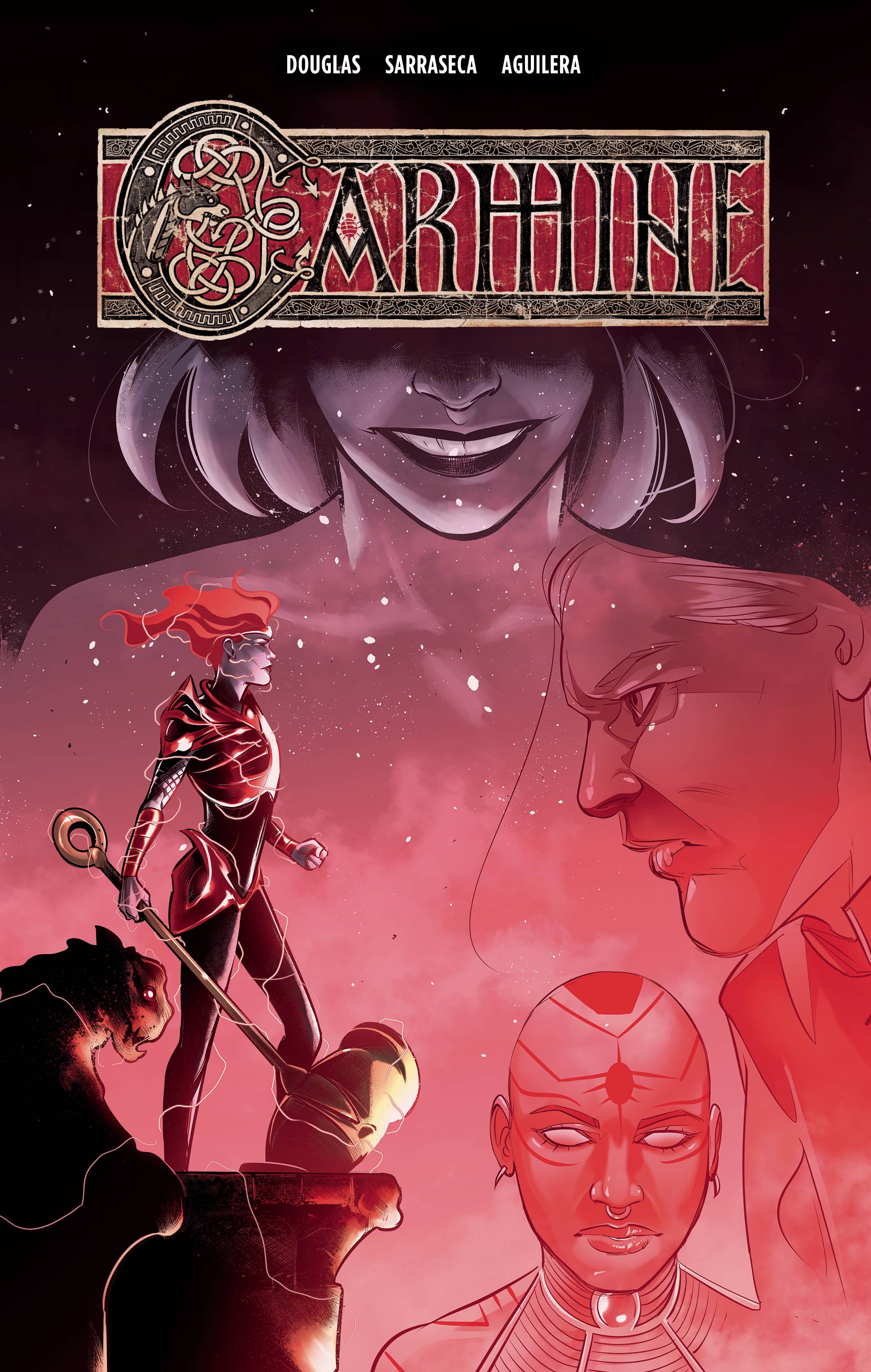 #
DEC201118
(W) Colleen Douglas (A/CA) Alvaro Sarraseca
The new seal bearer Carmine is next in line to inherit the throne for the House of Cochineal, destined to a future of Guardianship for the safety of humanity and the crown for Cochineal. She bears Astarta - the awakened Queen Seal, it heralds the coming of war for the souls of humanity, named The Lightning Beast, its bearer stands at the threshold and is both a warning and a declaration. What's a little murder between family when there is a war looming for the Guardianship/Enslavement of humanity?
In Shops: Feb 10, 2021
SRP: $14.99
View All Items In This Series