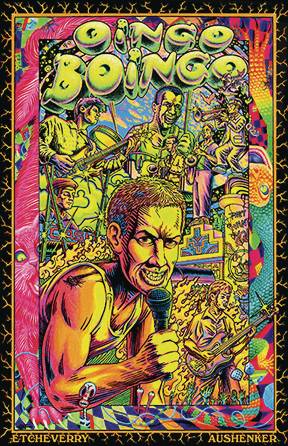 #
DEC201114
(W) Michael Aushenker (A/CA) Carlos Etcheverry
Oingo Boingo was an American new wave band, formed by songwriter Danny Elfman in 1979. As a rock band, Oingo Boingo started as a ska and punk-influenced new wave octet, achieving significant popularity in Southern California. During the mid-1980s, the band changed line-ups and adopted a more pop oriented style, until a significant genre change to alternative rock in 1994. At that point, the name was shortened to simply Boingo and the keyboardist and horn section were dropped. The band retired after a farewell concert on Halloween 1995.
In Shops: Feb 24, 2021
SRP: $3.50
View All Items In This Series
ORDER SUBSCRIBE WISH LIST