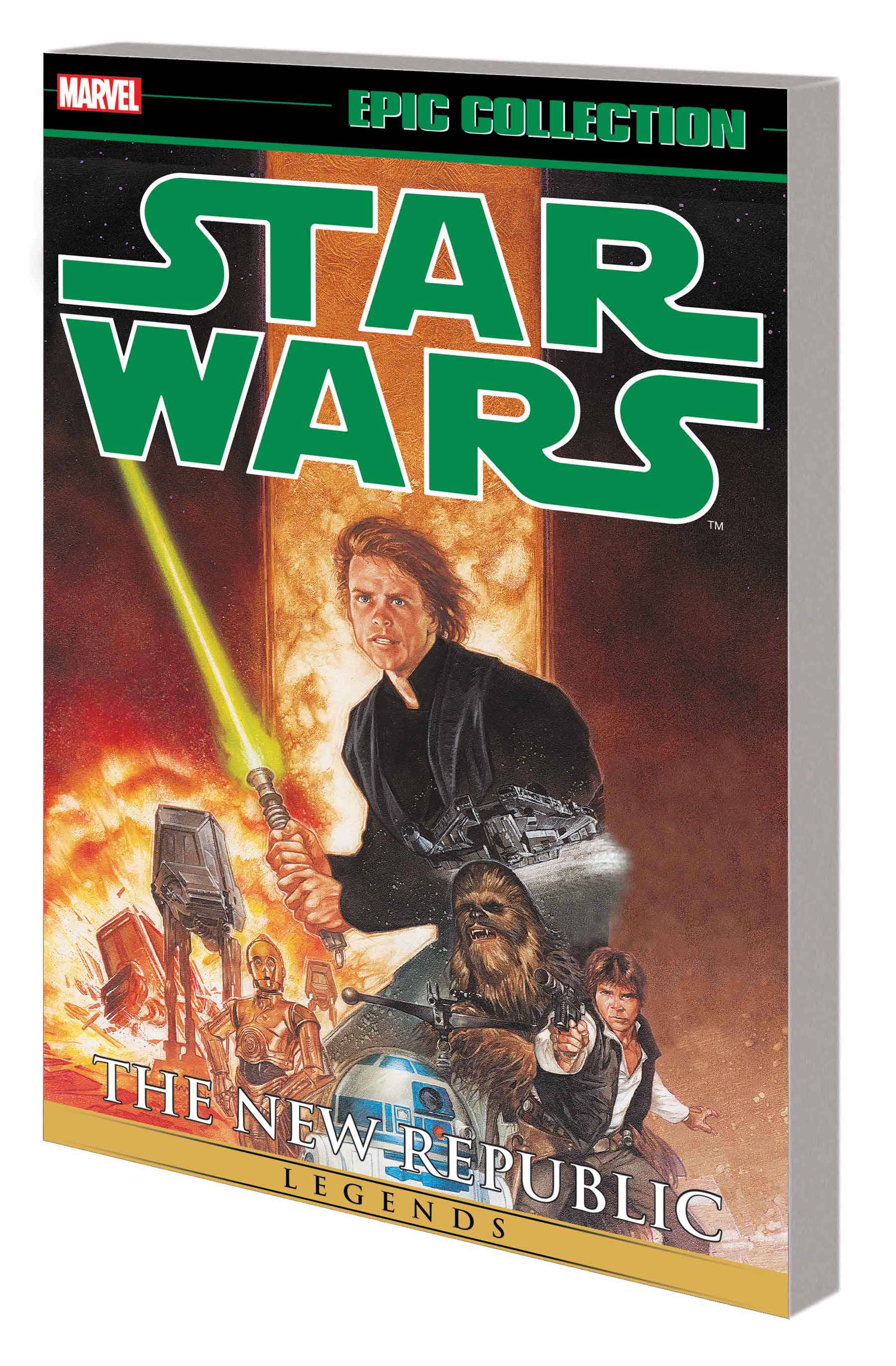 #
DEC200673
(W) Tom Veitch, More (A) Cam Kennedy, More (CA) Dave Dorman
The Dark Empire trilogy! Six years after the Battle of Endor, the heroes of the Rebellion work to unite the galaxy. But a new Empire has risen from the chaos to strike back at the former Rebel Alliance, reclaiming its capital of Coruscant and building massive new World Devastators to ravage entire planets. And Jabba the Hutt's ruthless heirs have placed a monumental price on the heads of Princess Leia and Han Solo! Together with Lando Calrissian, Chewbacca, R2-D2 and C-3PO, Han and Leia must fight to protect the future of their children - but the greatest threat may come from the last of the Jedi: Luke Skywalker! Collecting STAR WARS: DARK EMPIRE #1-6; STAR WARS: DARK EMPIRE II #1-6; STAR WARS: EMPIRE'S END #1-2; STAR WARS HANDBOOK #1 and #3 and material from STAR WARS TALES #8, #11 and #16-17.