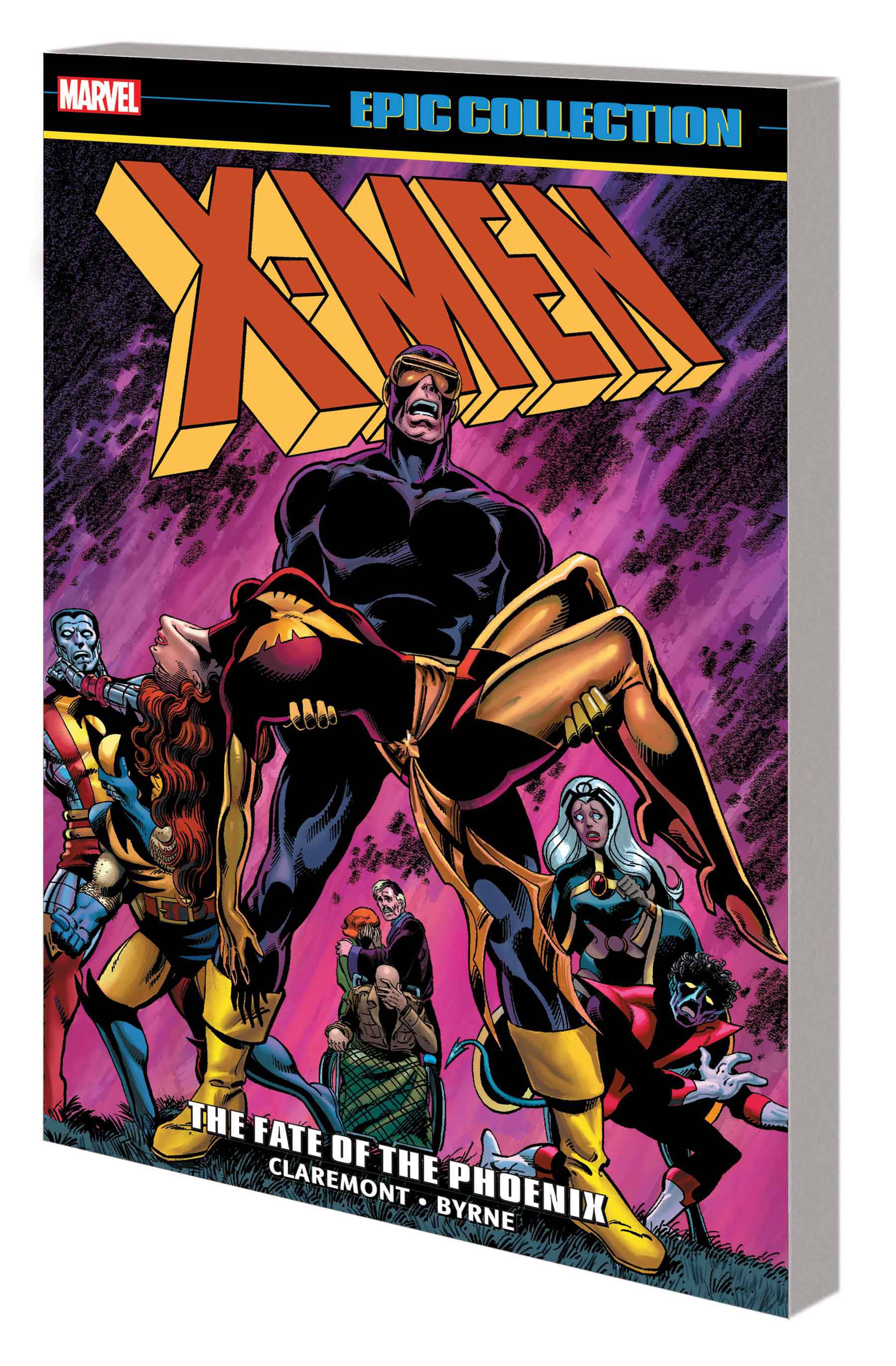 #
DEC200672
(W) Chris Claremont, More (A) More (A/CA) John Byrne
Chris Claremont and John Byrne's collaboration ranks among the greatest comics has ever known. But of their many iconic X-MEN stories, none was more epic or influential than the "Dark Phoenix Saga"! The X-Men have fought many battles, set out on galaxy-spanning adventures and grappled with enemies of limitless might, but nothing could prepare them for their most shocking fight: One of their own teammates, Jean Grey, has gained power beyond all comprehension, corrupting her into the Dark Phoenix! Now the X-Men must fight the woman they cherish, or her unquenchable fire will consume the universe itself! Also featuring Wolverine vs. Wendigo, the dystopian "Days of Future Past" and more! Collecting X-MEN (1963) #129-141, UNCANNY X-MEN (1981) #142-143, X-MEN ANNUAL (1970) #4, MARVEL TREASURY EDITION #26-27, PHOENIX: THE UNTOLD STORY and material from MARVEL TEAM-UP (1972) #100.