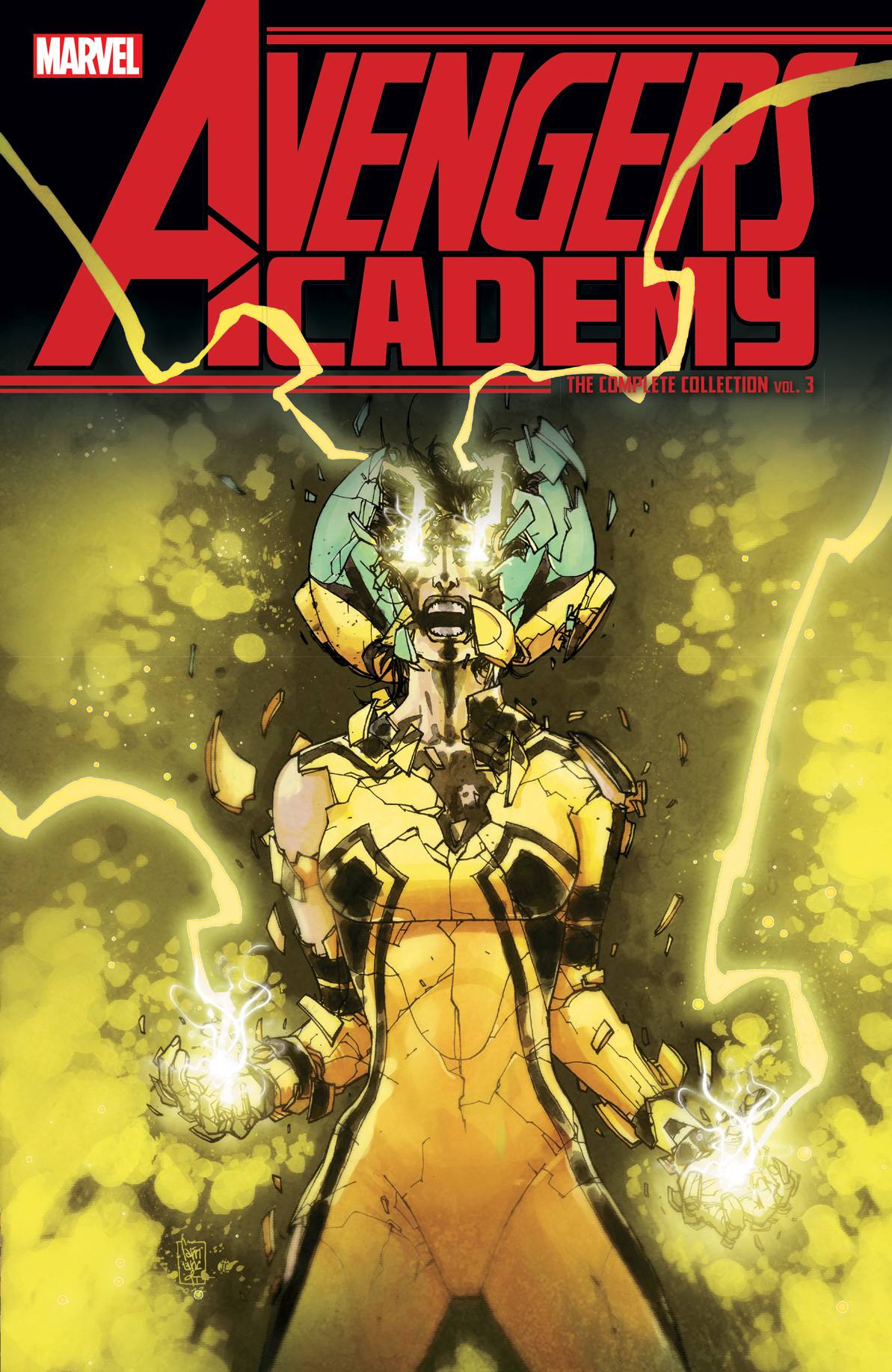 #
DEC200666
(W) Christos Gage (A) Sean Chen, More (CA) Giuseppe Camuncoli
New students, new teachers, new campus - same life-threatening dangers! The Avengers Academy has moved to California and thrown open its doors to all young adventurers - including X-23, Lightspeed and the new White Tiger! And they're joined by an additional instructor: Hawkeye! But tragedy strikes when a faculty member is murdered, and the killer hides in their midst! Can the old and new students band together to root out the traitor? Plus: When war erupts between the Avengers and the X-Men, that conflict brings the teenage mutants from Utopia to the Academy - but are they guests or prisoners? When Sebastian Shaw strikes, it may not matter! Graduation day draws near for the students - but when a corporate magnate plots to "cure" the world of super heroes, will any of them make it to their final exams? Collecting AVENGERS ACADEMY #21-39.