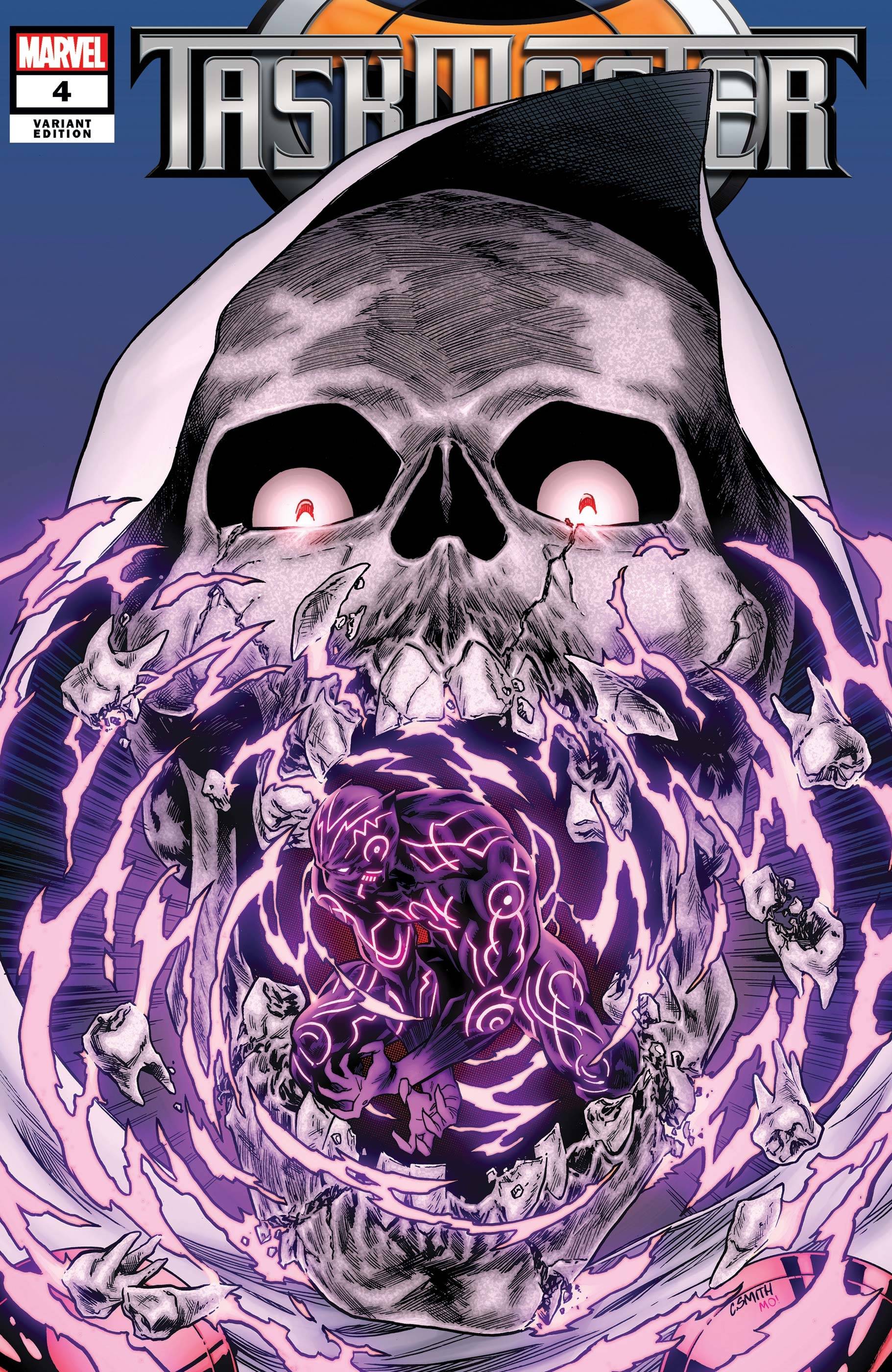 #
DEC200610
(W) Jed MacKay (A) Alessandro Vitti (CA) Cory Smith
TARGET: OKOYE!
The Rubicon Trigger is a doomsday device that the world's greatest superspies thought they had locked away forever - until someone murdered MARIA HILL to get to it! Taskmaster's next stop to prevent global destruction? Sunny Wakanda, of course! Home to Okoye and the feared Dogs of War!