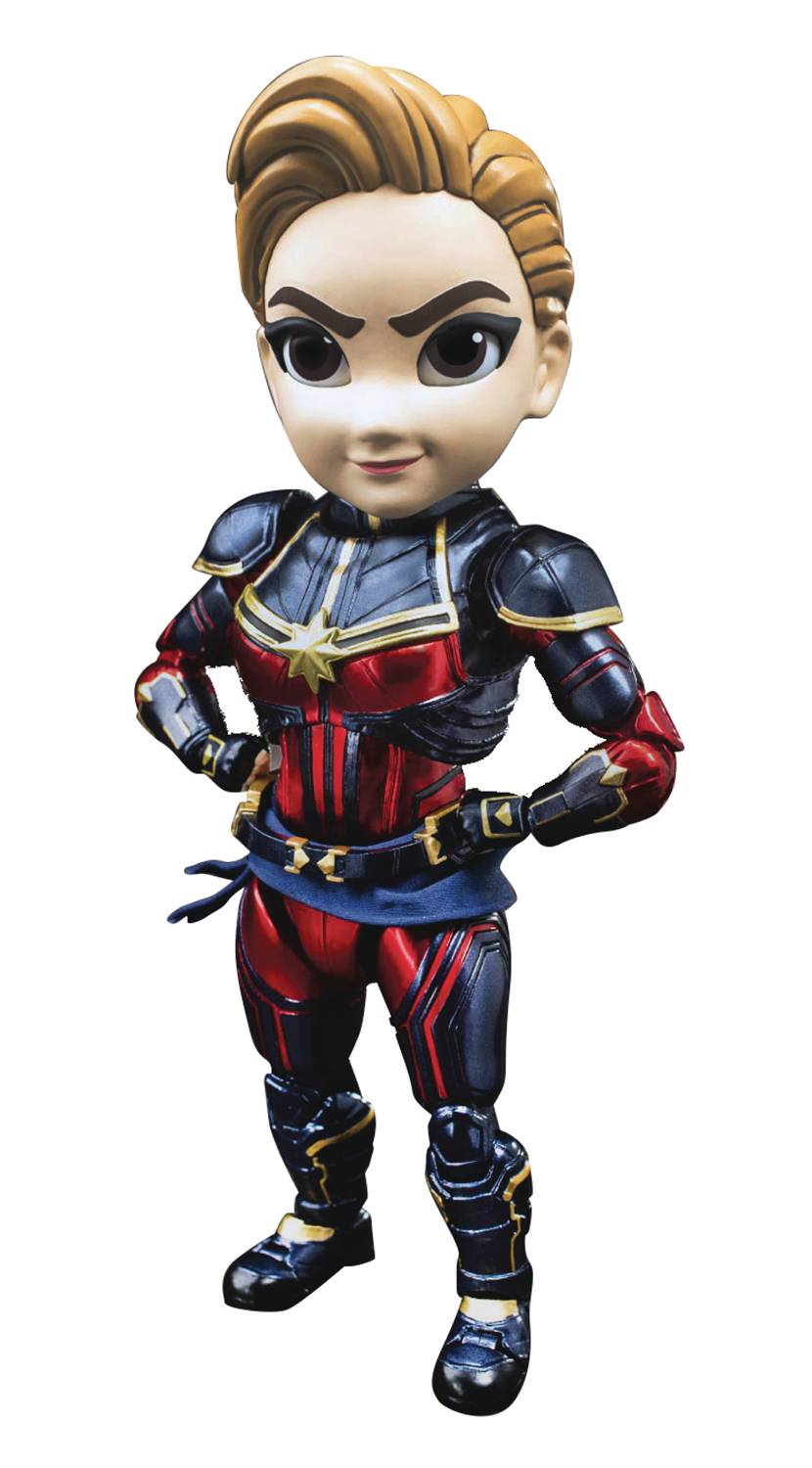 # #
DEC198809
From Beast Kingdom. A PREVIEWS Exclusive!  Avengers: Endgame brought together nearly every character introduced since the Marvel Cinematic Universe's launch! Carol Danvers, also known as Captain Marvel, joins the Avengers in the final battle of Endgame with a new costume and haircut to boot. Beast Kingdom is proud to introduce the latest Egg Attack Action release of Captain Marvel: Avengers Endgame edition! Standing at 6" tall, Captain Marvel is sporting her famous red, blue and gold costume including the legendary star on her chest plate. Two newly designed face plates are included: one with movable eyes, and the other with LED glowing eyes that really light up! With a real cloth material belt, 22 points of articulation, replaceable hands, as well as a host of accessories including Tony Stark's Nano Gauntlet with all five infinity stones, 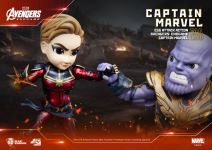 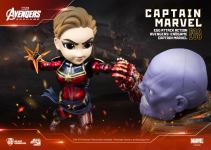