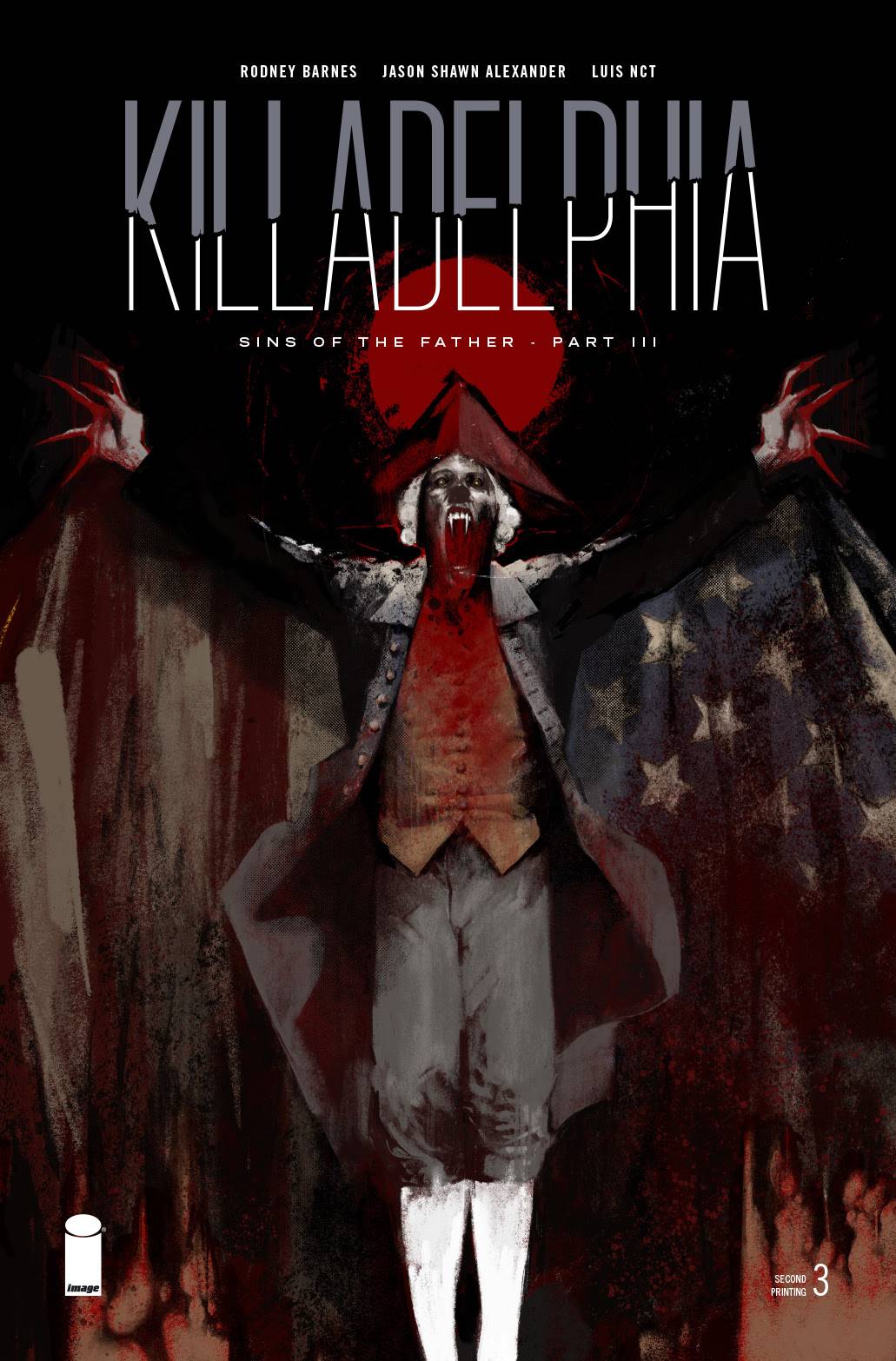 #
DEC198681
(W) Rodney Barnes (A/CA) Jason Shawn Alexander
"SINS OF THE FATHER," Part Three
Founding father John Adams has stepped out of the shadows to reveal himself as the undead source of Philadelphia's vampire outbreak. With a legion at his command, he makes plans to cut the rot from America's core. Meanwhile, Jimmy and Jose must fight for their lives at the city morgue as the dead rise off their slabs.
In Shops: Feb 26, 2020
SRP: $3.99
View All Items In This Series
ORDER SUBSCRIBE WISH LIST