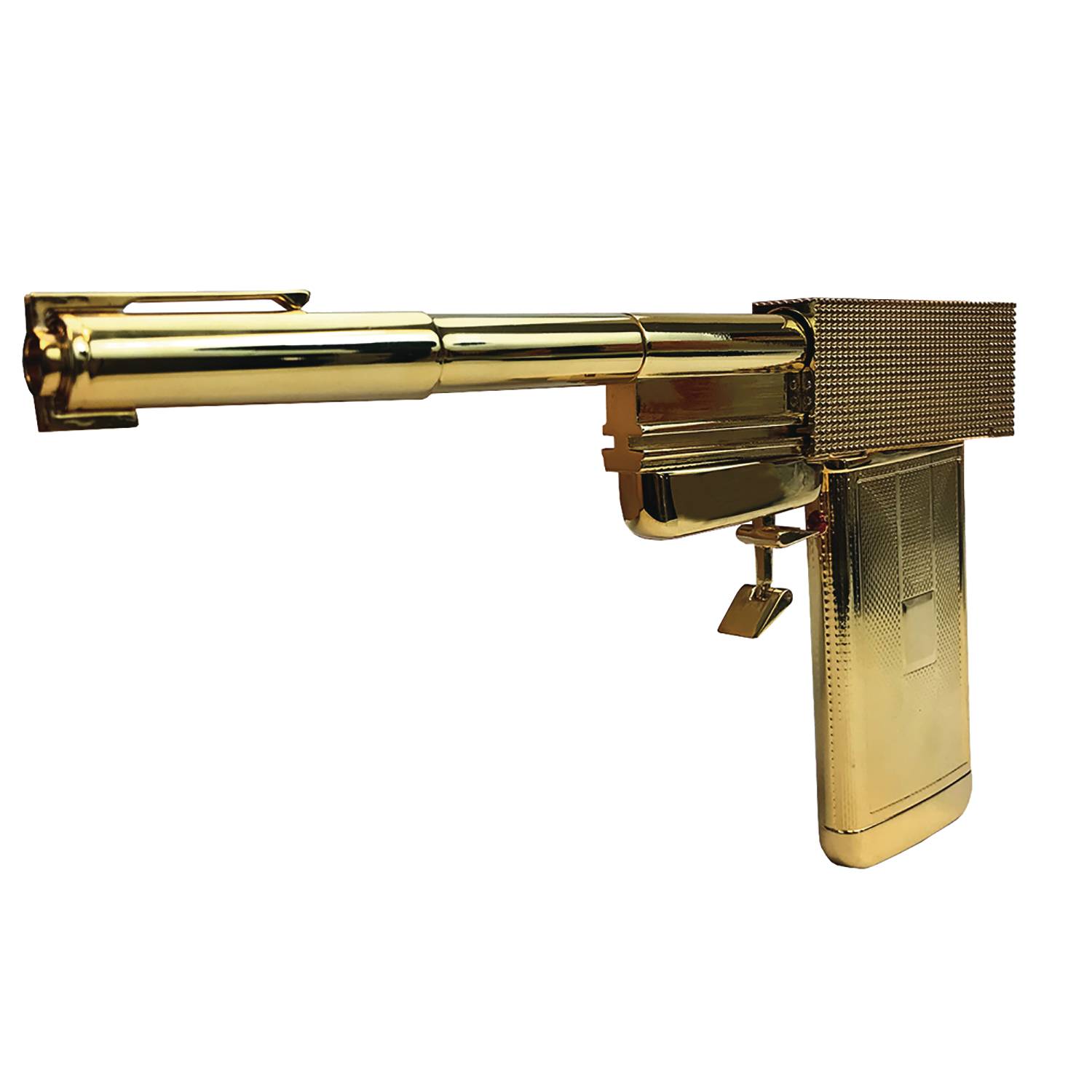 # #
DEC192875
The signature weapon of the "$1 million dollar per shot" assassin, Francisco Scaramanga, as featured in the The Man With the Golden Gun (1974). The Golden Gun is certainly one of the most iconic weapons of the James Bond series, and perhaps one of the most widely recognized cinematic weapons of all time. This stunning 1:1 scale prop replica of the Golden Gun, officially licensed by Danjaq LLC and EON Productions, has been created after meticulous study and research of the original props in the EON archives as well as interviews with original cast and crew. The replica can be assembled and disassembled into its machined and cast metal, 24k gold plated component parts, exactly as per the original prop:
In Shops: Nov 18, 2020
SRP: $799.99